If you don’t approve of hunting or trapping for some reason, please take a second to read this letter. I would like to offer a couple facts about hunting and trapping you may not know. I don’t expect to change your mind but would like you to keep an open mind and think about this.

Times have changed. People no longer need to hunt, trap, or raise their own food. We now can go to grocery stores for the food we once grew or killed for ourselves, so how come many of us still choose to hunt or trap? All living things have great value. Habitat and animals matter, and that’s all animals. Why are we divided on this issue? I hunt and I try to do my part as much as possible to make wildlife and habitat as healthy as can be. If that divides us, we need to look at the reasons, because i am sure that the reason you are against hunting or trapping may be some of the most important reasons to support hunting. 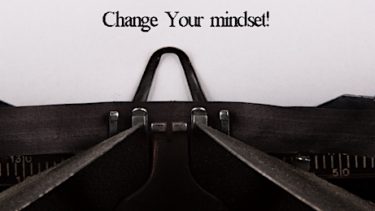 Dennis Thomson Sr: “You may or may not like to hunt, but the reality is hunting plays a very serious role in the real-world conservation that sustains nearly all species of plant and animal on Earth.”

The biodiversity in the world are very delicate and in trouble in many places, and humans are largely to blame. Residential and industrial areas are changing all the time and taking over wildlife habitat at a record pace. What are the facts about hunting and trapping or even fishing for that matter? Can all people who love animals, and all people who care about the health of our planet find common ground, non-hunters and hunters and trappers alike? Over 14 million people hunt yearly, nearly 50 million people fish, and more than 40 million people target shoot. Hunting is a way of life for a lot of people. Most are ethical, responsible well rounded law abiding people. Some are not, we have bad apples in all things but it is not the majority.

I was brought up to be an outdoorsman. I love animals and all wild things and spent most of my childhood learning about them, doctoring up wounded animals and birds I found, having frogs and toads and turtles as pets so I could see how they act and breed and what not. I have never stopped learning or respecting any of them; I am not embarrassed to say many times I have shed tears on wildlife I have killed, and I still feel this way today even after I have killed and utilized hundreds of deer, bear, turkey and other wildlife. They are all incredible beautiful creatures and deserve respect, each and every one of them.

Well, enough of the emotional stuff. Wildlife’s owned by the public not private land owners, which has been so for longer then any of us have been alive. It is called the Public Trust Doctrine. Fish and Wildlife agencies have the responsibility to manage all wildlife using what is called the North American Model of Wildlife Conservation. Where success is measured by the proliferation of wild animals, this model of wildlife management is the most effective in the history of mankind. Humans are a highly invasive species. Every day we cut down habitat, burn it, build solar field, wind farms, houses, shopping malls, highways, even gardens and agriculture land that changes wild habitat. The North American Model of Wildlife Conservation is one of the only great most important thing standing between habitat and all creatures being destroyed, and its not cheap by any means. Economics, so called progress, social media and media in general is wiping out wildlife, creatures and habitat at an alarming pace to the point that they will not be thriving in the future.

One of the only things preventing them to be gone forever are in fact hunting, trapping, fishing, and recreational shooting. These groups have paid billions of dollars for this great conservation. Between 50-80% of all money spent on conservation is from these groups and the Pittman-Robertson act that placed a tax on hunting and recreational shooting gear which was built by these groups of hunters, trappers and so on, then later Dingell-Johnson, the act that placed a tax on fishing gear. The funding from all of these as well as many others like the Ducks Unlimited and Rocky Mountain Elk Foundation and many more have kept wildlife healthy and thriving so all can enjoy them in hopes of preserving this incredible resource for many future generations. Without any of these, if we didn’t have all of these in place, with no hunting, trapping, fishing, protection and management, the great wild outdoors and all creatures and habitat — even domestic and farming and residential lawns and gardens, pets, even insects — would soon be in jeopardy and cause a chain reaction which could have a huge negative effect on all life on this planet. No true sportsman can argue the value of wildlife and habitat, and it cant be measured in dollars; biodiversity is most important and man is part of this cycle and circle of life and nature even though some would like to think differently.

Anti-hunters have taken to buying land and posting it. The biologist in me says, “great, more land for wild things.” But any good wildlife biologist, or anyone who really cares about all creatures, habitat, biodiversity and even human life, knows leaving land unmanaged is bad for it all in so many ways. Unmanaged land does little or nothing for wildlife. Yes, Nature used to do the management work on its own before the huge population growth of humans. For thousands of years wilderness burned from lightning and would burn until it went out on its own, invigorating successional habitat growth. Now we have forest fire personnel putting their lives in danger to protect progress from humans (their homes, industry and so on) which in reality is good for humans and bad for the wildlife. have you ever been on a hike through a dense forest? Did you notice how animal diversity was most prolific outside of the most dense areas — perhaps where the forest opened up to a grassy area? Most woodland species are not adapted to compete in the most dense, unbroken forest cover. Just as most prairie species are not adapted to compete in the most dense, unbroken grassland areas.

You may or may not like to hunt, but the reality is hunting plays a very serious role in the real-world conservation that sustains nearly all species of plant and animal on Earth so all humans can enjoy watching them and being out in the wild, which is one of the most healthiest, safest things a family or individual can do nowadays.

Lastly there is a big reason that we call fall the time of harvest, and that is because Mother Nature has produced more living things than the land can support and it is our job to take that surplus so that all others that are left can be healthy. Without harvesting we would end up with overpopulations and would see that chain reaction I spoke of above and watch our great wildlife and habitat destroy itself.

I urge all to look at the history of wildlife in this country, and you will find that many creatures were almost extinct or endangered, and because of great men and women, sportsmen and conservationists like Theodore Roosevelt and Aldo Leopold, most are now flourishing and healthy. Lets try and keep it that way, try to fix the divide between us all, and work on things that need attention such as invasive species, bio security, pollution, habitat maintenance and anything else that will keep these wonderful resources here for many generations to enjoy and use.

3 thoughts on “Letters to legislators: Wildlife and habitat in jeopardy?”