The House Committee on Human Services on Wednesday voted unanimously in favor of allowing Vermonters to list their preferred gender —  instead of their biological sex — on their birth certificates.

The bill, H.628, would allow people to change their gender identity with the input of doctors, judges and documentation. It is sponsored by Rep. Taylor Small, P/D-Winooski, the state’s first trans lawmaker. The committed approved the measure by a vote of 11-0 on Wednesday.

The text of the bill states Vermont will formally recognize all types of gender identities:

It is the policy of the State of Vermont to honor and acknowledge all gender identities and protect public health and dignity of all individuals in Vermont, irrespective of their gender. Accordingly, the State should adopt a simple process by which an individual may amend the marker on a birth certificate to reflect the individual’s gender identity.

Rep. Francis McFaun, R-Barre, asked fellow committee members how individuals who might need the data from the original birth certificates might experience confusion. He gave the example of someone who needs their original certificate while claiming inheritance from the will of a deceased family member.

“There was a life that took place before that birth certificate was changed,” McFaun said. “There were a lot of things that may have happened in that life, like maybe someone had a will drawn up, and the name is changed on the birth certificate and the sex. I was wondering how that individual could claim that inheritance?” 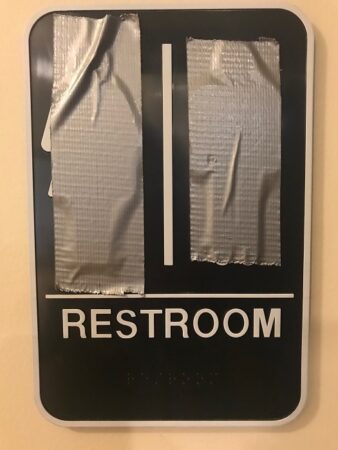 He suggested other scenarios where having multiple versions of a birth certificate might create complications.

“There are police records, there are all kinds of stuff,” he said. “I thought that I was OK on this, but now I wonder.”

Legislative counsel Tucker Anderson advised that such problems are unlikely because the individual in question should always have complete access to his or her own birth certificate, including the pre-modified versions. He also advised that people who request the document would initially receive the most recent version “that reflected the gender change.”

Anderson acknowledged that having different versions of the certificates could have unforeseen complications.

“Where that gets a bit more complicated is, this system is somewhat new and there are quite a few original records that are still kept in places.”

Rep. Carl Rosenquist, R-Georgia, asked about the potential for athletes to misuse a gender change to gain competitive advantage while playing sports against individuals of the opposite biological sex.

“Let’s say I’m a pretty good basketball player but I want to become a better basketball player playing in a female league. Can I go change my self-identification — just get my sex changed through the process that we’ve outlined here? What would prevent me from doing that given this law?” he asked.

Anderson said he did not know the answer.

“I am not immediately aware of a Vermont law that regulates gender-based participation in particular sports. I can only offer from my personal experience as a runner who runs in a lot of competitions. That self-attestation is the basis at least for the United States Track and Field Association meets, and for any of the long-distances races that I have participated in,” he said.

Rep. Small offered to comment on this issue: “We’ve heard this rhetoric across the nation, but there are no specific examples of it that have come up, except for preventing trans youth from playing sports with the gender that they identify and understand themselves as.”

There are examples across the nation of trans athletes causing mismatches in competitive sports.

Lia Thomas, a 22-year-old trans swimmer at the University of Pennsylvania, has been breaking college records, creating a firestorm of controversy related to having biological males compete against biological females. In 2014, a male mixed martial arts fighter who identified as female gave a concussion in addition to multiple broken bones to his biologically female opponent.

In response, many states have advanced legislation to ban trans athletes from competing against people of the opposite biological sex. Also, Sen. Tom Cotton, R-Ark. has introduced a bill so that prison inmates must be separated based on their biological sex regardless of their preferred identity.

A lawsuit filed in November by the Women’s Liberation Front against the State of California for allowing transgender inmates to be housed based on their identity revealed that at least one woman claims to have been raped as a result of the policy.

“To pretend that they are female, in language or what we say about them or how we talk about them, goes against the whole basis of the lawsuit,” the organization’s spokesperson Lauren Adams said.

H.628 was placed on the Notice Calendar of the full House of Representatives on Friday. Rep. Small recommended it be amended by striking all after the enacting clause and inserting the newly-approved language, which can be read in full here.

Wednesday’s hearing by the House Committee on Human Services can be viewed online here.