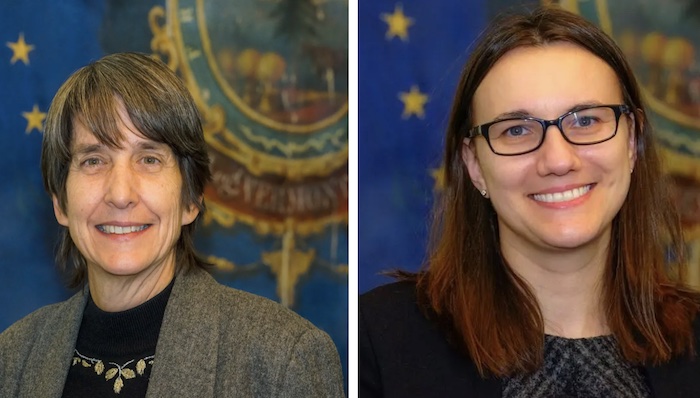 Vermont Speaker of the House Jill Krowinski Wednesday afternoon published the list of the 2023-24 Committee chairs, vice-chairs and members. In one noteworthy move, she removed outspoken Article 22 critic Anne Donahue (R-Northfield/Barre) as vice-chair of the Health Care Committee.

Donahue was assigned to the Human Services Committee. She is an acknowledged expert on health care policy and in particular on mental health care policy. However, she also was a spokesperson for Vermonters for Good Government, the organization that vocally opposed Article 22, which enshrined abortion rights in the Vermont Constitution. Krowinski is a former lobbyist and vice-president for Planned Parenthood, an abortion rights group.

Donahue responded at noon today to a Vermont Daily Chronicle query with these comments:

My comment after the appointments were announced were specific to my being thrown off House Health Care (and stripped of vice-chair).

Since any advance information that is received is supposed to be confidential, I did not comment on it prior to that.

The single ballot issue has disturbed me for a while, but it rose in my consciousness and led to my decision to raise the issue, based on the pending committee appointments.

The Speaker met with me at noon on Tuesday. She adamantly denied it was because of my Article 22 advocacy, but her assorted rationales, as I told her, “didn’t meet the straight face test.” I was aware a week or two earlier based on the liaison work of the minority leader. But it was not a surprise to me. I made a deliberate decision of personal integrity to speak vocally on why Vermonters should understand the implications of Article 22 before voting, knowing there could be recriminations. I was also aware that the Speaker was getting pressured to remove me from Health Care for that reason. I was hoping she would have the backbone to uphold the right of dissenters to speak publicly without recrimination, but obviously she did not.

The copy of my floor comments:

Madam Speaker: Voltaire is quoted as having said, “I disagree with what you say, but I defend to death your right to say it.” When a majority party uses its institutional power to signal that it will attempt to silence voices of opposition through a committee assignment, it puts a deliberate chilling effect on open debate.

Senator Peter Welch told the news media yesterday that the US Congress needs to follow more of “the Vermont way” in how it works together. We need to take care that we are not drawing closer to how DC operates, instead of setting an example for it.
Freedom of speech is on trial, and it lost this round.

Donahue was given Rep. Francis “Topper” McFaun’s spot as ‘ranking member’ of the Human Services Committee. McFaun also voted against Article 22 [the Chronicle incorrectly stated otherwise in an earlier edition.] He was named vice-chair of Health Care.

There are no Progressive Chairs. Mike Marcotte of Coventry is the only Republican chair (returning as Commerce & Economic Development chair).