A judge in Colorado dismissed a lawsuit by the American Civil Liberties Union (ACLU) against the Teller County Sheriff’s Office that argued it was breaking the law by cooperating with Immigration and Customs Enforcement (ICE).

The ACLU’s Colorado chapter, suing on behalf of six people in the county in June 2019, argued that Teller County Sheriff was violating state law by entering into a 287(g) program with ICE. District Court Judge Scott Sells, however, dismissed the suit Tuesday, concluding that the plaintiffs did not have “standing to bring this lawsuit and have not suffered an injury in fact to a legally protected interest,” according to KOAA News5. 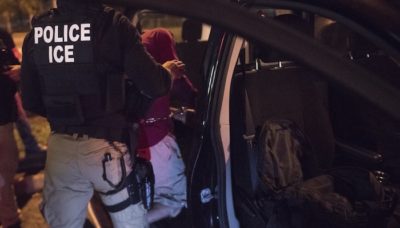 The decision marked a win for a local law enforcement group attempting to promote public safety while its state government has become increasingly hostile to federal immigration authorities.

Teller County Sheriff Jason Mikesell entered into a 287(g) agreement with ICE in February 2019, and his deputies then began to receive training to operate as immigration agents. The program, which has been adopted throughout the country, is a cooperation agreement between local law enforcement and ICE in which the agency covers the majority of the cost for immigration enforcement activities.

Ultimately, the program fosters better cohesion between local law enforcement and ICE, and allows federal agents to be more aware of when an illegal alien has been booked in a county jail.

“The program is paid for by ICE,” Mikesell argued. “There’s not been a dime spent on this program at this time, locally.”

The district judge agreed with Mikesell, finding that the plaintiffs had no basis to sue because the program used no taxpayer money.

“This court ruling allows the sheriff to continue to protect the citizens of Teller County and sustain the way of life this community wants,” Mikesell stated after the ruling. The sheriff said the 287(g) program he entered into keeps his community safe from transnational drug gangs.

Colorado, a state where the Democratic Party controls the state legislature and the governor’s mansion, has passed laws that make it harder for local authorities to cooperate with ICE. Gov. Jared Polis signed legislation in May 2019 that prohibits officers from providing a suspected illegal alien’s personal information to ICE, among other restrictive measures.

The plaintiffs in the Teller County suit argued the agreement was in violation of such laws, but did not succeed in convincing the judge.

The ACLU of Colorado has not given up, with the legal director of the group saying they would appeal the judge’s decision.