A judge on Monday ruled that a case alleging voter fraud in a vote to keep Windham Elementary School open may continue, the Brattleboro Reformer reported.

In November, two parents at Windham Elementary School filed a lawsuit against the town of Windham and three defendants who they claim voted in a local election while no longer being residents of Windham. 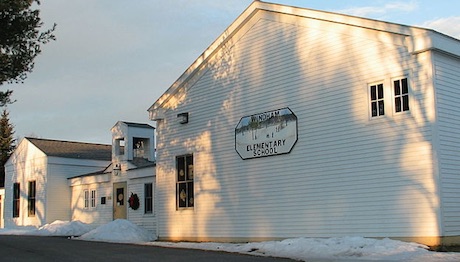 A vote to close the school and give local residents school choice originally passed by two votes in September. But after a re-vote was successfully petitioned, a second vote held in November resulted in keeping Windham Elementary School open — it passed by three votes.

Town officials requested that the case be dismissed, but on Monday Judge Katherine Hayes  denied the town’s motion.

“As the parties are aware, a motion to dismiss a plaintiff’s claims ‘should not be granted unless it is beyond doubt that there exist no facts or circumstances that would entitle the plaintiff to relief,'” she wrote, citing case law.

Plaintiffs Erin Kehoe and Crystal Corriveau, both of Windham, favor closing the school. They allege that one of the defendants, Lisa Beshay, made known publicly that she no longer lives in Windham, and had signed a statement under oath in August of 2021 asserting that she resides in Peru now, without any intention to return, the Brattleboro Reformer reported. 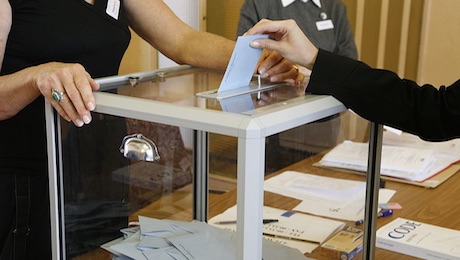 VOTE ONLY IF YOU LIVE THERE: The question of whether someone really lives in a community becomes a serious matter when determining voter eligibility.

The two other defendants who allegedly participated in the votes are Alex Beshay and Chris Streker.

The plaintiffs also allege that Carolyn Partridge, a member of the Town Board of Civil Authority and former member of the Town School Board, began a petition drive to get the re-vote. They shared an email with the court in which Beshay asks Partridge if she could participate in the Windham elections after she had already moved to Peru because she still owned property in Windham. According to the decision, Partridge said she could vote in Windham, but only if she intended to move back there as a resident and hadn’t yet registered to vote elsewhere.

The plaintiffs are seeking that the court set “aside the election results due to fraud, i.e. due to the three voters who they allege were not residents and thus were not qualified to vote, being permitted to do so,” according to the decision.

The town is against overturning the results of the November re-vote election, arguing that even if the three votes of the defendants were removed from the tally, the result is a tie.

Corriveau and Kehoe argue a tie on a reconsideration vote doesn’t overturn the first vote in which the town voted to close the school.