Editor’s note: The town of Windham, New Hampshire, is presently conducting an audit of its Nov. 3, 2020 election, in which a hand recount one week later revealed that four Republican candidates each gained about 300 votes not counted on Election Night. Vermont uses the same AccuVote-OS vote tabulators owned by Dominion and managed by LHS Associates, of Salem, N.H. The following article by Steve MacDonald has been republished with permission from GraniteGrok.

Jovan Hutton Pulitzer featured the Windham election and audit in a recent episode of his podcast. It’s not a lot of new information for our readers, but you’ll want to listen because what is new might amaze you.

He talks about folded ballots as part of the integrity of the process. Not machine failure but a failure of people tasked with ensuring election integrity missing or ignoring what appears to be the issue in Windham, and possibly most of New Hampshire, going back decades. 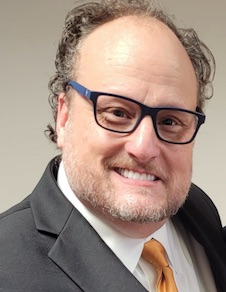 The AccuVote machines can and will misread ballots that have been folded – as in, mailed in – as in vote by mail. But not just in 2020.

Alvin See discussed the problem in his op-ed this morning. The folds, read by the scanner, crate overvotes that invalidate actual votes. In the case of Windham, the result is that 28% of ballots were likely not counted.

No conspiracy theories, no secret programming voodoo, an actual failure of the equipment to do what we ask of it under the circumstances with which elections have been held.

The problem, uncovered by the hand recount in Windham, is exactly what we’ve been trying to discover and what no one else wanted to address.

It turns out we’ve probably done that for close to 30 years, and the odds are good that in that time, people have won and lost elections they should not have won or lost.

It’s not a right or left thing; it’s an election integrity thing. And it doesn’t;t mean there is no fraud, but it would mean that this is something else, it is systemic, and it needs to be fixed.

Which begs the next question. Are we going to see a solution, or are they going to write that off too? It’s only fraud if we refuse to figure it out and fix it.

And you are going to have to make them.

Note: this is not a final determination of the cause but speculation with legs. Long legs. With ramifications for optical election equipment across New Hampshire, several other New England States, and possibly locales around the country.

2 thoughts on “Jovan Hutton Pulitzer asks if 28% of ballots not counted in Windham, NH is fraud or failure”