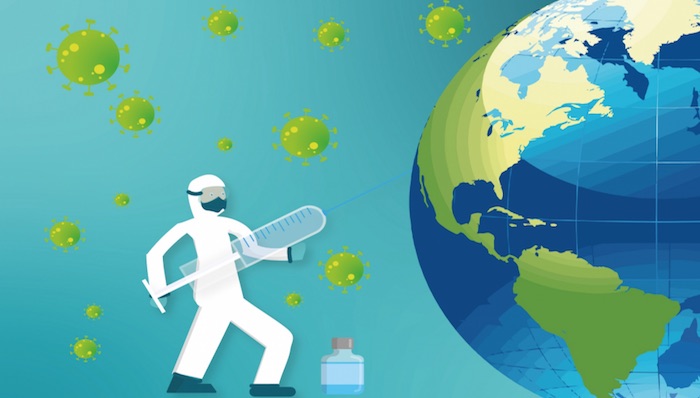 The legal question of the constitutionality of mandatory vaccinations is thus dependent on the medical evidence. How deadly is COVID-19? COVID-19 occupies a relatively innocuous position on that spectrum of deadly scourges, and the rates of mortality are declining.

The New York State Bar Association (NYSBA) is recommending that the state consider mandating a COVID-19 vaccine once a scientific consensus emerges that it is safe, effective and necessary[.] … “The magnitude of the COVID-19 pandemic is unprecedented over the last 100 years by any measure — the number of lives lost, the survivors who remain seriously ill, the risks faced by health care workers, the disproportionate impact on communities of color, the profound trauma and the disruption to our economy,” said NYSBA President Scott M. Karson.

The New York Bar Association has committed gross legal malpractice in this declaration. It has misrepresented both the law and the facts.

The constitutional law regarding states’ use of police powers to protect public health and safety is well established. Any infringement by government of a fundamental right is subject to strict scrutiny, which chiefly incorporates two concepts: that in such cases, the government’s interest must be “compelling” (what the N.Y. Bar refers to as “necessary”), and it must be accomplished by the “least restrictive means.” Under this standard, “the court presumes the policy to be invalid unless the government can demonstrate a compelling interest to justify the policy.” Further, “[t]his test applies even when the government has a legitimate purpose in adopting the particular law.”

There is no question that restricting travel, assembly, or speech impacts a fundamental constitutional liberty. All of these have been compromised under COVID. But America has never compelled vaccinations without exemptions (or the option to pay a criminal fine). Is the dramatic intrusion of compulsory vaccinations “necessary”?

To evaluate just how grossly incorrect the New York Bar is in its position, let us compare diseases. Surely the government would have constitutional difficulty mandating a human papillomavirus vaccine or, say, injected vitamin supplements. Regardless of whether these were “safe and effective,” the intrusion on individual liberties would surely be “unnecessary.” On the other end of this comparative spectrum might be Ebola, an illness with a mortality rate of up to 90% that targets pregnant women and the very young. Few would argue the government lacked constitutional “necessity” in the event of an Ebola outbreak in the United States.

The legal question of the constitutionality of mandatory vaccinations is thus dependent on the medical evidence. How deadly is COVID-19? COVID-19 occupies a relatively innocuous position on that spectrum of deadly scourges, and the rates of mortality are declining. That is, the medical evidence falls far short of surmounting that legal standard of strict scrutiny required by the United States Constitution.

The seminal case on the constitutionality of forced government vaccinations is Jacobson v. Massachusetts, a 1905 U.S. Supreme Court decision that affirmed Massachusetts’s authority to impose mandatory smallpox vaccinations. Yet Jacobson does not answer today’s COVID-vaxx question: smallpox was unquestionably a much deadlier illness.

In reaching its decision in 1905, the Court was circumspect:

Smallpox being prevalent and increasing at Cambridge, the court would usurp the functions of another branch of government if it adjudged, as matter of law, that the mode adopted under the sanction of the State, to protect the people at large was arbitrary and not justified by the necessities of the case. We say necessities of the case because it might be that an acknowledged power of a local community to protect itself against an epidemic threatening the safety of all, might be exercised in particular circumstances and in reference to particular persons in such an arbitrary, unreasonable manner, or might go so far beyond what was reasonably required for the safety of the public, as to authorize or compel the courts to interfere for the protection of such persons. (p.28)

The New York Bar’s proposal to mandate vaccinations for COVID goes “far beyond what is reasonably required for the safety of the public[.]”

The Jacobson Court specifically cited (p. 29) yellow fever and Asiatic cholera as comparable diseases warranting quarantine or other restrictions on personal liberty. Yellow fever has a mortality rate of 15–50% of reported cases; Asiatic cholera kills in mere hours, with a mortality rate approaching 50%; smallpox killed 30% of those infected. How would the Jacobson Court have evaluated COVID-19, especially if the law imposed a mandatory vaccination without the escape path of paying a fine?

COVID-19 does not rise to that level of medical “necessity” required by existing American law for a person’s rights (and body) to be violated by government in the name of “protection of health.”  Current studies reveal that it is primarily the very elderly who are at risk and should be protected:

Will the New York Bar mandate vaccinations for children who face a 0.001% mortality rate, to protect the small minority of citizens who face an 8.4% risk of death? That would seem to turn Jacobson on its head:

[I]n every well ordered society charged with the duty of conserving the safety of its members the rights of the individual in respect of his liberty may at times, under the pressure of great dangers, be subjected to such restraint, to be enforced by reasonable regulations, as the safety of the general public may demand. (p.29)

Does the risk of death to a minority elderly population legally justify imposing intrusive burdens on the majority? This is the opposite of imposing a vaccination regimen on a minority to protect the majority, as occurred in Jacobson.

And remember, those rates of COVID death are dropping:

COVID is now rampant, increasing herd immunity well ahead of a government-imposed pharmaceutical rescue. It is also less deadly, and a very far cry from the menaces of ebola, yellow fever, smallpox, or cholera that would justify government power to forcibly stick a needle in a child’s arm. (Perhaps New York will simply prohibit the unvaccinated from being able to buy or sell goods.)

Citizens must learn these clear legal precedents for themselves. As for the New York Bar, it should be dis-barred for evident legal malpractice.

John Klar is an attorney and farmer residing in Brookfield, and pastor of the First Congregational Church of Westfield. This commentary originally appeared at American Thinker.

27 thoughts on “John Klar: Why a mandatory COVID vaccine is unconstitutional”