Vermont is under far-left ideological siege, as extremists employ a pattern of Alinskyish deviousness to twist facts, pervert process, and subvert the Constitution. These attacks consistently denigrate Vermonters and their culture, including farmers and Vermont’s contributions to abolitionism and the Civil War. A core of Green Mountain culture is self-sufficiency and hunting, guaranteed in the Vermont Constitution but under vicious attack by rabid human-haters. 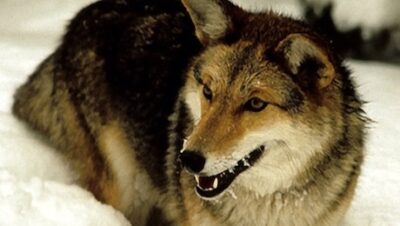 A volley of anti-hunting initiatives by Progressive legislators in Vermont’s 2022 Senate included bills to eliminate foothold trapping, ban the hunting of coyotes with dogs, and restructure the state’s administration of wildlife laws in order to bypass wildlife biologists in favor of one-sided PETA-driven Kumbaya extremism. Leading the Constitution-gnawing rat pack were usual suspects Senator Dick McCormack (who advocated banning unvaccinated Vermonters from entering public buildings and unvaccinated students from schools) and U.S. House wannabe Becca Balint, who sought to censure a fellow senator for the non-crime of disclosing the public email address of a trans-conditioning grade school teacher.

The coyote-hunting bill was the centerpiece of the Machiavellian machination to sweep away all constitutional protections for Vermont hunting traditions. Proponents did not offer even a pretense for the purpose of the restrictions, until Senator McCormack (increasingly referred to as “King Dick”) proclaimed that “property rights” and “ethics” were in issue.

Wildlife “ethics” issues are the province of paid biologists, not delusional activists. The leading lobbying group for these efforts, the Vermont Coyote Coexistence Coalition, routinely attacks hunters rather than defending coyotes.  One recent post (approvingly applauded by the group admin) stated:

Coyote hunters are bloodthirsty psychopaths. One lunatic with a rifle is more dangerous than 100 coyotes … and dramatically less dignified.

That is an extremist ethic.

The hunting-haters’ attorney explained that the “property rights” alleged were the rights of landowners of posted land to prevent hunting dogs from trespassing unbeknownst to them — for which they wished to prevent all hunting with all dogs on thousands of acres of public lands! Hunters would even be banned from hunting coyotes with dogs on their own property, to “protect property rights” of animal rights extremists lying awake at night, fearing that someone’s dog might go wee-wee on their tree.

The lawyer revealed that the underlying effort seeks to eventually ban all dog hunting — for rabbits, coon, bobcat, bear, and other traditions.  There is no way to distinguish these uses of dogs from coyote dogs. Attorney Chuck Storrow proclaimed that “there is no need to use hounds, period.  There is no need to hunt coyotes to begin with.”

The bill to ban coyote-hunting with dogs is part of a plan to ban all coyote-hunting, and all hunting of any kind using dogs, by eliminating the existing authority of wildlife professionals. Household pet dogs (not working hunting dogs) bite millions of humans annually; anti-hunters are more concerned about fabricating non-material “property rights” to prevent dogs from chasing coyotes than they are about protecting human safety — Vermont lacks a strict liability dog bite statute.

After the bill to reduce Vermont’s Fish & Wildlife Board to a mere advisory agency failed (along with all the anti-hunting bills as drafted), a visibly disgruntled Senator Dick McCormack expressed his frustration to co-conspirator Senator Chris Bray when the two were unknowingly being recorded:

Just go over it again in your mind. The Constitution gives a right to fowl. Fowling is done with dogs. Therefore there is a constitutional right to use dogs any way you want. No there isn’t. That’s a stupid argument.

[Sen. Bray:] Also you don’t have to fowl with dogs so it’s not like an absolute so there are people who just walk and flush [fowl?]…They’re both the dog and the hunter.

These constitutional contortionists would impute a private property right to eclipse all public hunting with dogs while ignoring long traditions both cultural and legal.  Progressives who claim unwritten constitutional rights to kill babies (in Vermont, through delivery) scream histrionically to extinguish well established commonsense rights as unwritten.

Of course the Vermont Constitution specifically recognizes hunting rights, which encompass longstanding traditions not specifically recounted — what of bow hunting for deer? In contrast, there is no actionable “property right” whatsoever as propounded by these naked emperors and their similarly naturist attorney — “that’s a stupid argument.”  Dick McCormack, et al. don’t appear to comprehend the clear boundaries between law and fantasy.

6 thoughts on “John Klar: When coyotes are the battleground to take your rights away”