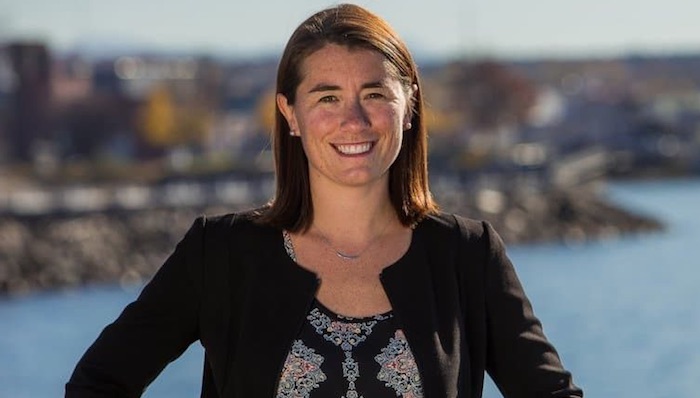 As Burlington businesses hire private security firms to protect their employees from assault, the social justice policy of reducing funding for patrol officers due to George Floyd’s killing is revealed to be folly. Vermont’s criminal justice system increasingly looks not “white supremacist,” but simply incompetent at distinguishing victims from criminals. Citizens and police are compelled to deal with the trauma from this political fallout. Perhaps instead, the actors who are inflicting this harm in derogation of their oaths to protect the public should be held accountable.

Sarah George has been a proud proclaimer of social justice nonsense. She declined to even charge one woman for attempted murder because Ms. George “didn’t think her office could overcome the insanity defense.” When Gov. Phil Scott, Attorney General TJ Donovan, and federal prosecutors responded to public outrage and proved Veronica Lewis could successfully be prosecuted (and the public protected), George responded not with humility but with shameless criticism:

To trample on the prosecutorial discretion of an independently elected official based on misinformation is politics at its finest. … [I]t is our ethical obligation to use our discretion and our ethical standards to decide whether an individual’s legal defense is valid, or whether we believe we can overcome it at trial.

Ironically, no one is more the politician in defiance of legal standards than Sarah George. She is bristling with indignation that her decision to let a dangerous felon go was proved disastrously repugnant. Yet politician Sarah has moved to abolish cash bail, and she retweets calls for free hotels for all, blaming Governor Scott for accountability for homelessness:

Call Governor Scott to make sure that those experiencing homelessness are taken care of in his policies! We must hold him accountable to serve those who are struggling for housing, food, and health this winter!

The governor is expected to “be accountable” to procure infinite funds for anyone homeless, but highly-paid Sarah resents being held accountable to the public she has sworn to serve but whom she pathologically exposes to risk — abusing her discretion for political grandstanding. Sarah George has transformed Burlington into her personal political province. When enough people are raped and murdered by George’s idiotic policies, perhaps Burlington residents will tire of having their wives and children become the plaything guinea pigs for the felons George seeks to rescue.

In her defiant schism with reality, George turns common sense inside-out. Regarding cash bail, she proclaimed:

She then boasts that in the “multitude” of cases where the court sought to impose cash bail against her recommendation, “every time her team was able to work with the defense to get that ruling overturned.”

Sarah George works for the defense. And she is furious if anyone above her corrects her grotesque betrayal of public safety protection. How many violent offenders must reoffend before reality sets in? The power of cash bail is not money — in most cases, it is that if a felon skips bail the bondsman will go fetch them. Bail grants enormous power (expanding protections) to private bondsmen to secure attendance in court when criminals skip town. Eliminating that pressure is a “get out of jail free card” for criminals — especially for those from other jurisdictions. George’s absurd argument would apply broadly to whole classes of criminals: There are some people who are just going to drive drunk, so let them! There are some mentally ill people who are just going to kill, so why restrain them? There are some serial rapists and pedophiles who just won’t listen, so why shackle them when it is so cruel?

This is the logic in place in Burlington — a beacon to draw would-be criminals to visit. What better place to commit crimes than where the “new system” treats criminals as victims, and victims as political opponents?

George is correct that some people will just commit crimes no matter what — by definition, the ones that most need to be curtailed. Some years ago, there was furor in Vermont when a pedophile named Mark Hulett received a mere 60-day sentence for molesting a young girl. The case created justifiable outrage, and Hulett’s sentence was eventually increased — but recently he was rearrested as part of a horrific pedophile investigation. Yes, some of those criminals will just offend no matter what. Prosecutor George (an oxymoron) argues that is why they should be left to wander; yet these are the people that must most be restrained. With friends like this prosecutor, who needs defense counsel?

Vermonters need not scan the news headlines for long to see the rampant child pornography charges in our state, or the out-of-state drug kingpins drawn here by quick profits and lax enforcement. Sarah George is like a perverse Statue of Liberty: “Send us your violently mentally ill, your gang members dealing heroin, your twisted child molesters and sadistic kidnappers. They will not be victimized here in Vermont, where we will protect them from the evil justice system for rich white people that I have sworn to dismantle. And if the court tries to inflict cash bail, we’re in your corner!”

Hulett was part of a federal interdiction of numerous very sick and dangerous men, including a Burlington nurse who solicited snuff films overseas that included “urinating and defecating” on the victim before killing him. Likely Sarah would have opposed bail (after all, he would skip town anyway!). Thankfully, federal authorities protected Vermonters and their children from Sarah George.

George and others of her psychotic, pedophile-assisting ilk will scapegoat police as the perpetrators of violence — even for the violence that results from releasing dangerous offenders for “politics.” In 2019, a seasoned criminal fled a substance abuse treatment facility (to which he had been remanded by a court despite an aggravated assault charge against a police officer), then abducted a young mother and raped her in front of her young son. That case created a backlash against the police for not responding sooner, but what of the “system” that placed this dangerous felon in the convenient position to flee? The woman who was traumatized will have a life sentence of PTSD, and the $400,000 she collected for the negligence in the case will be paid by whom? Citizens, presumably.

The number of Vermont cases of child pornography, rape, opiod dealing, and kidnapping are escalating. Yet the left-wing extremists placing children and women in harm’s way still push their disgusting “criminals are victims” envelope further than Vermont’s vulnerable victims can bear. Is this a deliberate attack on law-abiding citizens, or merely a delusional infatuation with the social justice cult that has seized the Green Mountain State?

Everett Simpson, the criminal who “allegedly” raped a woman for a moment’s pleasure in front of her 5-year-old, has still not been tried. COVID-19 was used as a reason to release many dangerous felons, but despite his efforts to be released Simpson has not been one of them. (Because he is not in Sarah George’s jurisdiction!)

In a recent (October 18) tweet about a prisoner in New York who committed suicide after his bail request was denied, Sarah George histrionically (and politically) proclaimed: “Money bail is killing people. These deaths are preventable. It’s horrific.”

If only Sarah George paused to read the “horrific” arrest reports of what is done to young children, women, and our youth in the opioid scourge when crimes are committed. These crimes impact exponentially more lives than “suicides by bail denial,” and it is her job to prevent, not aid and abet, rapes and abductions of children.