In a suit filed Nov. 12 in Windham Superior Court, Windham residents Erin Kehoe and Crystal Corriveau allege that state Rep. Carolyn Partridge, who is also a member of the Windham School Board, knowingly and deliberately solicited or permitted nonresidents to vote in a controversial Windham school vote. The plaintiffs aver that Rep. Partridge was fully aware of this residence disqualification, but was overzealous in her personal determination to defeat the effort to close the local school.

On September 7th the governing body for Windham elementary held a vote for the closing and tuition out students. The article passed and then Carolyn Partridge, was prepared to ask for a recount and then petitioned for a revote. The revote took place on November 2, 2021. … The defendants have remained on the voter checklist, though being removed from Windham Elementary School due to non-residency, which the school board was privileged to have access to this information. Rep. Carolyn Partridge, who is on the school board and the Board of Civil Authority, have violated their non-discretionary duties to remove non residents from the checklist. 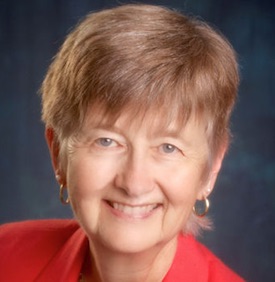 The plaintiffs assert that three residents of Peru (former Windham residents, who have very clearly relocated) whom Partridge well knew were not town residents voted — and had their votes counted — in a controversial school vote that ended in a tie. Given the volatile turmoil in America over voting integrity, the plaintiffs seek government oversight to determine whether the law has been violated.

Both locally and nationally, Democrats fume at any suggestion that the voting process might be susceptible to fraud. Locally, Secretary of State Jim Condos has approved of, if not encouraged, out-of-state-resident Vermont college students (who are largely progressive) to vote in Vermont’s elections. If the allegations of the complaint are true, Vermont’s Democrats need to get their House in order.

Interestingly, Rep. Partridge has not provided the emails between her and the three Peru residents whom she may have solicited to support her goal of defeating the school closure effort. Despite repeated requests by the plaintiffs, Partridge has failed to provide what can only be a few emails, easily searched. She has stated that School Superintendent Bill Anton would provide the emails, but his response reflects bureaucratic gamesmanship:

Although I appreciate that you have limited the scope of your initial request by specifying a limited timeframe, the request still requires a legal analysis and conclusions of each individual record that I advised we do not intend to undertake. If you decide to revise the request so that your request does not necessitate such analysis and conclusions, for example, by requesting emails that relate to the Windham School District within a specified period of time, we will respond to the request accordingly. Recognizing that this is a personal email account likely used for multiple purposes, including school related communications, there may be a voluminous number of records to review and we reserve our right to charge appropriate fees.

Perhaps Superintendent Anton is not concerned that a school board member may have actively aided and abetted voting fraud. Perhaps he really can’t search email records under three names (something most grade schoolers can do in five minutes, and which would have taken less time than his email crafted with excuses, delays, and implied fees in order to comply). Perhaps the record of emails between Partridge and the defendants are just so voluminous that copy fees will be required. But one thing’s for certain — Bill Anton sure is resisting just turning them over, with full transparency.

Meanwhile, Rep. Partridge now says she is very busy at the State House and will not likely provide the emails by Monday, Nov. 22.

Vermont’s courts will unearth the truth. Perhaps Carolyn Partridge did nothing inappropriate. But it should not take years to unveil the real story as with EB-5.

Partridge responded to a request for comment for this article, and stated that “the allegations are completely false.” I truly hope so, for they are very serious allegations indeed.