Editor’s note: On Tuesday, March 10, Middlebury College announced that it is switching to off-campus remote learning for the remainder of the semester as a precautionary measure due to coronavirus worries. The campus is closed until further notice, and scheduled events and visits have been canceled.

On March 31, author Charles Murray is again slated to speak at Middlebury College to discuss his upcoming book titled “Human Diversity: The Biology of Gender, Race and Class.” The last time a campus group sought to permit him to speak, he and a Middlebury professor were physically attacked by a mob. Numerous students were disciplined, and the embarrassing fiasco made national news. 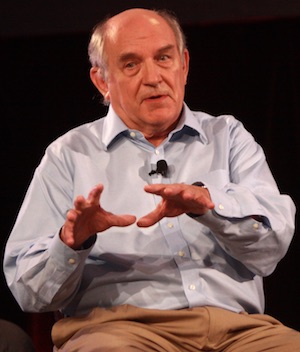 Another speaker was subsequently blocked from speaking at Middlebury: Professor Ryszard Legutko, a Polish diplomat who had written a book about liberal elites who dictatorially deny free speech rights to conservatives. (Ironically, this incident affirmed the title of his book: “The Demon in Democracy: Totalitarian Temptations in Free Societies.”) As a consequence, Middlebury College has been labeled one of the top 10 worst free speech universities in America — not a very flattering moniker.

The question for Vermont this March 31 will be whether this tolerant, liberal state will again gain national notoriety for its lack of tolerance and disregard for established free speech law. Middlebury College has imposed tight constraints this time around: restricting attendance to Middlebury “community members” by lottery, ensuring a police presence, allowing for “counterprogramming,” and providing “proactive restorative practice circles” — designed to teach students “social skills.”

These “social skills” are basic constitutional free speech protections, long extant in American jurisprudence. Gov. Phil Scott has not stood up for these established freedoms. Instead, he has joined the ranks of those who dehumanize political opponents.

Antifa (“Anti-fascist”) is a loosely affiliated conglomeration of left-wing groups whose principal feature is their advocacy of physical attacks against those whom they deem to be fascists, racists or right-wing extremists. The Anti-Defamation League (ADL) relates the following:

[the Antifa] ideology is rooted in the assumption that the Nazi party would never have been able to come to power in Germany if people had more aggressively fought them in the streets in the 1920s and 30s. … Antifa have expanded their definition of fascist/fascism to include not just white supremacists and other extremists, but also many conservatives and supporters of President Trump.

The KKK, Antifa and Nazis all share at least one thing exactly in common: their free speech rights. All three share the same dividing line between protected and unprotected speech outlined in the seminal KKK case Brandenburg v. Ohio: “Freedoms of speech and press do not permit a State to forbid advocacy of the use of force or of law violation except where such advocacy is directed to inciting or producing imminent lawless action and is likely to incite or produce such action.”

Thus, the KKK are “free” to advocate violence in general against blacks, but organizing a lynching is criminal; Nazis have a protected “right” to advocate for white supremacy, but if they engage in anti-semitic violent acts they will be prosecuted. Antifa advances physical confrontation as an ideology, but it remains a crime to actually physically assault others solely because their t-shirt boasts a Swastika, Confederate flag, or MAGA logo. This is indeed a fine line, but wise minds have drawn it for us.

Supreme Court Justice Louis Brandeis famously argued “If there be time to expose through discussion the falsehood and fallacies, to avert the evil by the process of education, the remedy to be applied is more speech, not enforced silence.” Whitney v. California, (274 U.S. 357, 1927). Racism is not conquered by screaming in the faces of racists; this merely cements their toxicity.

To truly change hearts, we must sometimes listen to warped minds. In a famous Vietnam-era free speech case involving the arrest of a man in a courthouse for an anti-war slogan on his jacket (“F– the draft!”), Supreme Court Justice John Marshall Harlan observed “That the air may at times seem filled with verbal cacophony is, in this sense, not a weakness but a strength.” (Cohen v. California).

Antifa view themselves as heroes; but then, so do Klansmen and Nazis. It is not heroic to physically assault someone for their ideas, however abhorrent those ideas may be. Salman Rushdie reasoned that “One of the problems with defending free speech is you often have to defend people that you find to be outrageous and unpleasant and disgusting.” Or as Noam Chomsky wrote, “If we don’t believe in freedom of speech for people we despise, we don’t believe in it at all.”

Governor Scott does not appear to believe in free speech. Following the events at Charlottesville in 2017, he criticized President Trump for stating “there were very fine people on both sides”:

There is no circumstance I can think of, where a president — or any elected official — should equate the hate speech of Nazi’s and white supremacists with the protests of Americans who confront them. … We must speak out against racism and fascism in any form, at any scale, any time they rear their ugly head. … Most peace loving, law abiding Americans — left, right and center — want a president to unite us in defense of our American values and stand in opposition to hatred, racism and fascism of all types. … We cannot condone or justify hatred, racism, or bigotry. We must stand up against them.

But Phil Scott was here directly opposing those “American values” of free speech.

When Joe Biden announced his candidacy for President, he revived this condemnation of the president, and called violent Antifa “a courageous group of Americans.” “With those words, the president of the United States assigned a moral equivalence between those spreading hate and those with the courage to stand against it,” Biden said.

Joe Biden and Phil Scott both applauded physically “standing against” the free speech of a group advocating violence. But this is the opposite of what Chomsky and the United States Supreme Court have defined as protected free speech. Was the governor encouraging violence like Antifa’s?

Comedian Dana Carvey once warned: “I think free speech is probably the coolest thing we have in this country, and again, you can label it hate speech and dismiss it, and then you’re allowed to censor it.” Another comedian is Antifa supporter W. Kamau Bell, who declared that “the alt-right is working hard to cloak it’s desire to spread chaos in the streets as free speech. They say they want to air their views, but it’s about provoking violent actions. We all can easily see that this is not about free speech.” This is indistinguishable from Antifa’s justifications: isn’t Antifa trying to “spread chaos in the streets as free speech?”

The ADL summarizes what is wrong with Anifa:

Their presence at a protest is intended to intimidate and dissuade racists, but the use of violent measures by some antifa against their adversaries can create a vicious, self-defeating cycle of attacks, counter-attacks and blame. This is why most established civil rights organizations criticize antifa tactics as dangerous and counterproductive…. All forms of antifa violence are problematic. Additionally, violence plays into the “victimhood” narrative of white supremacists and other right-wing extremists and can even be used for recruiting purposes.

Congresswoman Donna Shalala, D-Fla., correctly observed: “You can’t have a university without having free speech, even though at times it makes us terribly uncomfortable. If students are not going to hear controversial ideas on college campuses, they’re not going to hear them in America. I believe it’s part of their education.”

The governor of Vermont should stand up for, not against, established free speech protections. It is the American thing to do — even at Middlebury College.