I have been writing for a number of years about the dangers of underfunding Vermont’s state pensions system. I have observed that the pensions suffered from unrealistic future earnings projections on investments that resulted in persistent underfunding, and high management fees.

Recently, Vermont Sen. Jeannette White criticized my positions in a public statement in which she claims Vermont’s pensions are now on “firm footing,” but in which she made several misstatements of fact. My question has been: Why do state representatives mislead voters this way, and when will the reality of math come home to roost? 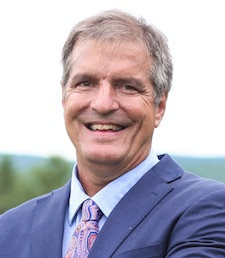 In a campaign against me, Sen. White wrote: “Recently John Klar has put out an ad with misinformation regarding the state’s pension funds. What Mr. Klar is saying is simply not true. It is a scare tactic to gain your vote by implying that he would be able to save the system. Do not be fooled. The system is healthy.”

Actually, what I have been saying is precisely true, and hardly a scare tactic. If anything, I suspect my observations (along with others) have been part of the impetus for the Legislature to take up the issue and fix the problem. Jeanette White’s statement essentially confirmed my arguments, stating: “The pension funds for state employees and teachers were in jeopardy — due to errors made over 15 years ago in calculating the return on investment and some due to inadequate contributions by both employers and employees — but never due to purposeful mismanagement and neglect, as Klar alleges.”

I alleged it was neglected due to the so-called “errors” (these were not errors, but absurdly rosy projections which enabled the Legislature to divert funding to other boondoggle spending). But I never said it was “purposeful.” Regardless of the senator’s wrong claim, my latest articles addressed the steep decline in the stock market after the Legislature “fixed” the problem. Sen. White though misrepresented that fact:

Without going into detail the result put us in a position where the funds are not in jeopardy as Mr. Klar would have us believe. Structural changes were made to contributions, cost of living, retiring the “mortgage.”  state investments, etc.  As a result millions will be saved to the state over the next few years and our pension funds are now on firm footing.  … Our work has shored up our public pensions, helping make it sustainable and healthy into the future.

Problem is, the national stock market plummeted after all this last minute repair work — the point of my article. Sen. White uses the pre-drop “fix” to argue that my analysis of the subsequent market decline was errant. I wrote:

Sen. White claims the pensions are “fixed” after losing $251 million dollars after she claims the Legislature fixed the problem. I wrote to her to inquire how she could claim I was being dishonest with scare tactics, and she responded:

Yes, there was a loss in 2022 in the pension funds as in all other investments. But VPIC invests for the long haul.  A couple years ago there was a huge increase in the returns, now a loss. There is what is called a smoothing process so that the yearly ups and downs do not dictate our actions.  So your projections are based on the current trend continuing over the next years. If you had used the returns from two years ago you would have had an entirely different outcome.

Only, this is poppycock — I did not base my projections on the trend continuing over the next years, I simply recalculated the shortfall using the 7% projection that she and the pension system apply to earnings on existing pension assets. If “the current trend continued,” and I had employed that figure, the number would be far worse — losing principle at the rate of more than 7% annually! The “smoothing process” has zero to do with my calculations — will the $251 million loss for the year “dictate our actions”? Will it “smooth out”?

As I have written, employing rosy projections for existing assets is fantasy math not based on historical returns: I have been proved right. Indeed, the stock markets plummeted even further after June 30, then recently rebounded — what will June 30, 2023 look like for the state pensions? The markets are volatile, and inflation is roaring — neither of those problems is addressed by the so-called “fix” that Sen. White assures us made everything safe and secure, but which preceded both these stock market declines and inflation. Was Sen. White just employing a political tactic to gain votes by assuring Vermonters the pensions are not at risk? Do not be fooled: the system is unhealthy.

I repeat what I observed in my last pensions article: Perhaps the state of Vermont will take up the pensions issue again in the next legislative session, when the ravages of food, fuel and monetary inflation have forced themselves into the awareness of those dithering while the pensions burn.

Pensions benefits and costs will rise, even though assets are down $251 million. Given the election results, Vermont’s state bureaucracy is now in the full veto-proof grip of “smoothing-talker” progressives, who can take full credit and responsibility for “fixing” the state pensions.