This commentary is by Joe Gervais, of Arlington. He is the Republican candidate for the Vermont House of Representatives in the Bennington-4 district.

Recently I was criticized by one of my opponents with the misguided statement that my desire to bring education back to basics was a move to bring it back to the 19th century. Back to basics means an ability for students to read, write, and have a mastery of basic mathematics, like counting change at a cash register. Back to basics means being able to exercise critical thinking and problem solving. This ability to do critical thinking and problem solving is lacking with the current administration’s approach to homelessness and many other problems plaguing the state and the nation. 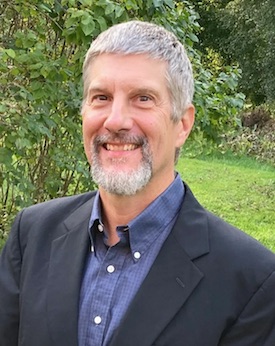 A recent article in the Epoch Times (‘Misguided’ Government Policies Worsen US Homelessness Crisis) could have been ghost-written by me. It hits many of the same points I’ve been articulating in my campaign: primarily that we need to get to the root cause for homelessness — the mental health issues and addiction issues — and solve those first (rather than the failed “housing first” or housing-only approaches tried by the Democrat administrations). Currently Vermont has exhausted COVID money allocated for homeless housing just as we approach winter; yet because of the housing-only approach to the problem without accountability from the homeless, many, if not most, are still dependent on the enabling the government has been perpetuating. As the former spouse of someone who succumbed to addiction, I was taught never to remove their dignity by doing for them something they could do for themselves.

My dad lives in California. While driving freeways in the Central Valley this past spring, I saw the shoulders lined with homeless encampments. Is this what we want in Vermont? My opponents in this race are lauding the $300 million of our hard-earned tax money they are spending on housing. In the past six years, the housing-first policy has spent an average of $160,000 per homeless Vermont resident, yet we still have the crisis today.

Addressing symptoms without addressing the root cause does not solve the problem. The California Policy Lab Study cited in the Epoch Times article noted that out of 65,000 participants, 51% self-identified as addiction contributing to their homelessness and 50% self-identified mental health issues leading to their loss of housing. Bruce Chapman, founder and head of the Discovery Institute, compared the situation to the dismal social conditions depicted in Charles Dickens’ novels.

“It’s Dickensian; it goes back to the kind of things you saw in the 18th and 19th centuries”

As legislators, we are entrusted by the public to be good stewards of the public funds. Misguided spending is contributing to the inflation every American is experiencing. Vermonters are not happy about the $600-a-month tax that inflation has added to our budgets. I vow to drive and support practical legislation that truly solves problems rather than just looking pretty in a newsletter.