This commentary is by Vermont Secretary of State Jim Condos.

As we watch new information emerge from the January 6 Congressional hearings, one truth has been made crystal clear. Whether it’s insurrection at the Capitol or violent threats against election officials, these acts are a consequence of a single insidious lie: that voter fraud altered the outcome of the 2020 General Election.

Despite the complete lack of evidence, this lie has gripped certain groups in the electorate and is at the center of the divisiveness driving a wedge between Americans. 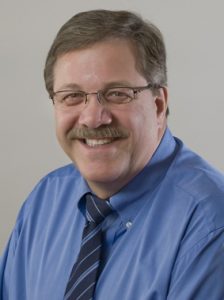 We see it every day on social media, where a lie can be shared and spread rapidly, reaching thousands if not millions of people sometimes in a matter of minutes.

We all want our elections to be secure, accessible, accurate, and fair. Ensuring the accuracy of our elections is my #1 priority, and I hold steadfast faith in the integrity of our hardworking Town and City Clerks.

The ‘voter fraud’ lie is an insult to their diligent stewardship of Vermont elections, which are conducted on the local level. An attack on elections is an unfounded accusation of your neighbors, friends and local public servants. Even worse, it threatens to erode the public’s confidence in democracy itself.

So, what can we do? It starts by being cautious with what we share online. That means taking the time to investigate and verify the information and its sources. As I like to say: “Think before you link!”

I will continue to operate my office transparently and openly to all Vermonters. That includes ensuring the public’s access to our post-election audit, and to the results certification process. It is telling that the biggest skeptics of election integrity choose not to attend these important events: these events verify the accuracy and integrity of the elections process and do not fit the narrative these individuals have chosen to believe.

Our website is a treasure-trove of trusted, official elections information including a myth vs. fact page that tackles some of the most common pieces of disinformation we see on social media.

My office is always available to answer questions on social media, or by phone and email. Thank you for helping stop the spread of false, harmful information, and thank you for being a voter!

31 thoughts on “Jim Condos: ‘Voter fraud’ lie is an insult to town and city clerks”