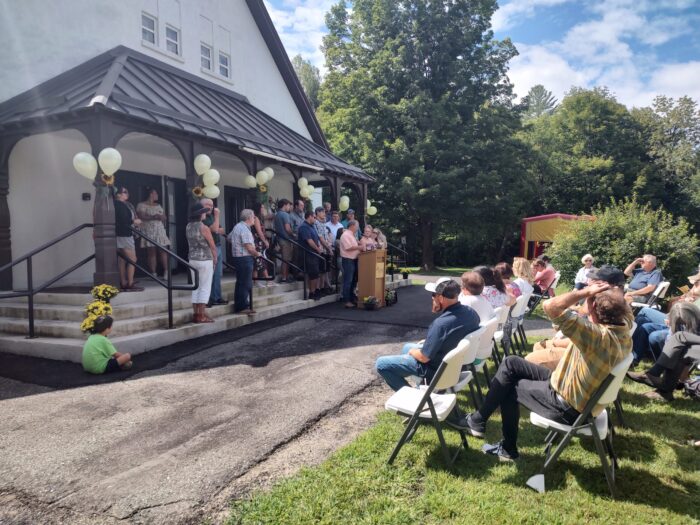 A GATHERING AT JENNA’S HOUSE: Jenna’s House opened in Johnson, Vermont, over a year ago. It provides housing as well as other services for those in recovery from opiate addiction.

JOHNSON — It’s been one year since Jenna’s House opened in Johnson, significantly expanding the region’s resources to those struggling with opioid-related addiction. Saturday was time for celebration.

On Saturday, the founders hosted a commemorative event which drew about 50 people in attendance. Founder Greg Tatro was especially proud to have gained the support of the Scott administration.

“The governor put us in his budget this year for a pilot program that’s really going to make a difference in our town,” said Tatro during his remarks to attendees off the event. 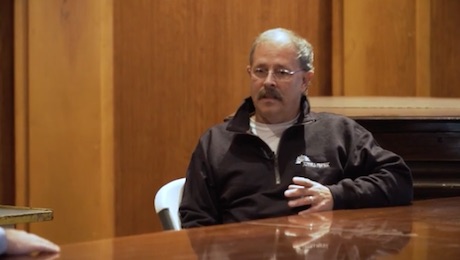 Greg Tatro is the father of the late Jenna Tatro, for whom the center is named. Greg and Dawn Tatro founded Jenna’s Promise in 2019 after losing their daughter tragically to substance abuse. The couple turned despair into hope, and created the organization to help other Vermonters escape drug use and find a new life based around useful life skills.

“It’s amazing to see the people that walk through the doors and to see the handful of people who were up there who have been helped,” Dawn Tatro told True North Reports.

She added that seeing folks make progress is the rewarding part.

Shannon Carchidi, executive director of the Vermont Recovery Center, also was in attendance Saturday. She spoke to the crowd as well, saying she was happy to help “celebrate the 1-year anniversary of Jenna’s House opening and the North/Central Vermont Recovery Center expanding our services into our second location [in Johnson] and the lower level of this facility.”

Carchidi gave some examples of new services that are now available.

“This past year we have solidified and grown our Parents in Recovery Program, we’ve developed a health/wellness program at the state-of-the-art gym, and [we have] the ability to also offer larger group offerings such as yoga,” she said.

Carchidi told True North the North/Central Center has been located in Morrisville for about 12 years, but is now able to expand its reach.

“We were able to extend our services and we had some connection with the community,” she said. “And so we were very happy to be able to expand into Johnson, offer more health and wellness options, and Parents in Recovery.”

She explained that something like a gym membership can make a real difference in someone’s quality of life, but financially that can be out of reach for someone still struggling to find regular housing and other needs.

“It’s very expensive for normal gym memberships,” she said. “… When people come through our door, they are not charged for anything, and for us, I think it’s a matter of health and wellness is newer for us, and the parents in recovery program is really taking off.”

Carchidi added: “With COVID, we ourselves have been challenged with staffing and keeping doors open. But I will proudly say that we never had to close. {And] once you help them turn around, they help others.”