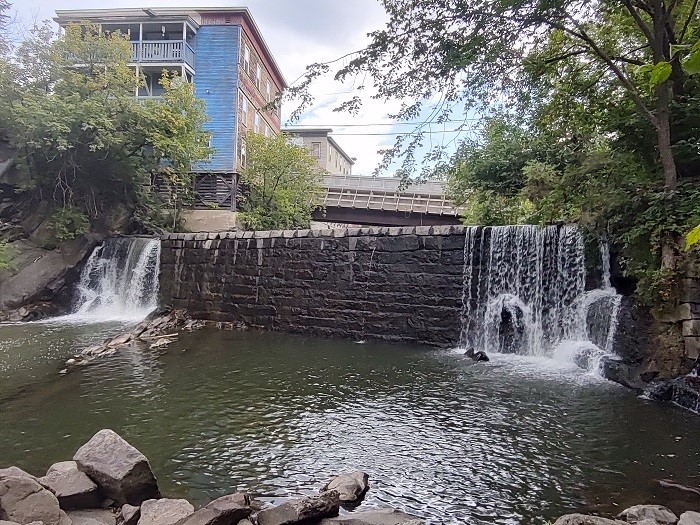 DAMS ARE GETTING OLD: Vermont’s water infrastructure is aging, and according to the governor, it’s time to make big investments to keep it working.

At his weekly press conference on Tuesday, Gov. Phil Scott and Agency of Natural Resources Secretary Julie Moore visited the Royalton Water Treatment Facility project to talk about the importance of sewer and stormwater infrastructure.

The governor said his administration now has a grasp on how much money is coming from ARPA [American Rescue Plan Act of 2021]. The funds are coming in “five buckets,” as Scott calls it.

“About $250 million for housing, over $200 million to combat climate change, $200 million for water, sewer, and stormwater infrastructure projects, $250 for broadband, and over $170 for economic development,” the governor said.

“Water, sewer, and stormwater infrastructure projects can also inject new life into the rural parts of our state. And my administration is committed to making sure these projects, as well as other investments we’re making, benefit all of Vermont’s 14 counties, not just the Northwest part of the state,” Scott said.

“Much of our infrastructure is decades, sometimes over a century old, and the investments we’re making this year will help ensure these commitments are sustainable in the future,” he said.

“From turning on the tap in the morning to take a shower, to preparing the food we eat, to the proper drainage of our roads and parking lots on rainy days, and to having sufficient clean water and wastewater treatment capacity to support local businesses and institutions — it is all water infrastructure!” she exclaimed.

Moore also talked about the demands currently facing the state in terms of needed improvements.

“We have estimated that across Vermont there is more than $2 billion of investment needed in drinking water, wastewater, and stormwater systems over the next 10 years, to both refurbish existing systems and to prepare this essential infrastructure for increasingly disruptive and potentially devastating effects of climate change,” she said.

A report by the Green Energy Times breaks down where the $200 million in climate mitigation is going.

“The Governor’s climate economy proposals include $25 million to expand Vermont’s electric vehicle charging infrastructure; $21 million for weatherization and energy efficiency; $29 million to support investments in community resilience and make it possible for more Vermonters to replace fossil-fuel-based heating and cooling systems with all-electric or modern wood systems over the next four years. An additional $100 million will support implementation of the climate action plan under development by Vermont’s Climate Council.”

The governor was also asked at the conference what the biggest challenge is with this $200 million for green energy.

“Well, I think in some respects it’s the grid, having the capacity in the grid to go electric and we can’t — excuse the pun — flip the switch and make it happen tomorrow without the grid to supply the power that we’re going to need,” he said. “We’re already seeing some of the impacts of that when we think about, I think the biggest transformation, change that we’re going to make any this is something that I’m excited about, it’s the transformation to electric vehicles.”

Scott said that manufacturers are committed to making the transformation to electric vehicles. The new technology is currently facing cost challenges with new EVs continuing to start at nearly $30,000 while continuing to rely on federal subsidies and state subsidies.

The American Society of Civil Engineers gave Vermont a “C” grade overall in its 2021 infrastructure report card. For wastewater, the report states, “Since 2016, Vermont has received, on average, nearly $20 million annually to finance wastewater projects through the Clean Water State Revolving Fund Program. With IIJA funding, the state is set to receive roughly double that for the next 5 years.”

Vermont’s aging dams are not doing so well. It states that there are “61 high hazard potential dams. The IIJA provides $585 million for high hazard dam rehabilitation and $148 million for dam safety programs.”