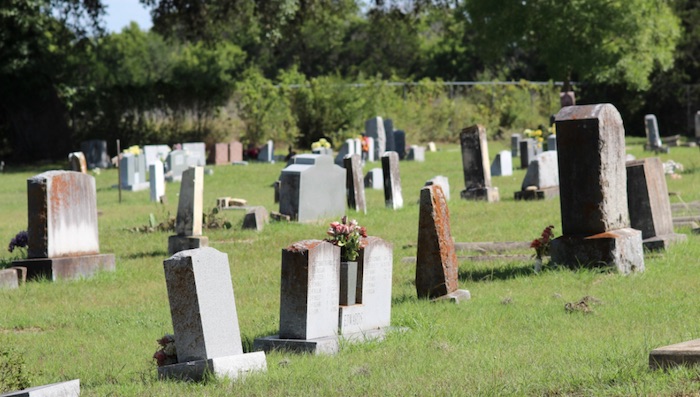 The Public Interest Legal Foundation’s database of the country’s voter rolls found nearly 350,000 deceased registrants before the 2020 election. The inevitable question is always well did any of them vote. Unfortunately, some always do. The Foundation is even beginning to see people being registered after their death.

This commentary is by J Christian Adams. He is president of the Public Interest Legal Foundation, a former Justice Department attorney and the current commissioner on the United States Commission on Civil Rights.

The 2020 election was full of chaos and irregularities. States like Georgia and Pennsylvania took days to finalize election results. Mail ballots were found on floors of apartment floor lobbies. Dead people were even voting in states across the country.

Unfortunately, people have been voting from beyond the grave since well before 2020.

The left claims that voter fraud is non-existent, and that dead people are not voting. But, we have proof that deceased individuals are casting ballots.

The Public Interest Legal Foundation’s database of the country’s voter rolls found nearly 350,000 deceased registrants before the 2020 election. The inevitable question is always well did any of them vote. Unfortunately, some always do.

The Foundation is even beginning to see people being registered after their death. Yes, you read that right. People are registering deceased individuals to vote.

One such individual the Public Interest Legal Foundation uncovered was Judith Presto. Presto voted in the 2020 election in Pennsylvania. She died in 2013. Closer examination of our data revealed her husband registered and voted for her following her death.

We turned this information in to Pennsylvania authorities, which led to the ultimate arrest of her husband.

There is still work to be done to stop the dead from voting in other states.

For instance, Michigan has over 25,000 deceased registrants still on its voter rolls, according to the Foundation. Nearly 4,000 of these registrants have been dead for at least two decades. We are suing them just like we did Pennsylvania.

Another state with an upcoming Senate race in 2022, North Carolina, also has a high number of deceased individuals on their voter rolls, we found. The state has nearly 8,000 deceased registrants still on the voter rolls.

To stop the dead from voting, secretary of States across the country need to do their job. This is about good government. Election officials need to keep the voter rolls clean and up to date. This would easily solve the problem of dead people voting.

When individuals die, they must be promptly removed from the voter rolls as required by federal law. There is no excuse for allowing deceased registrants to remain on the voter rolls.

We can all agree that we don’t want the ghosts of the dead casting deciding ballots in our elections.

All 50 states need to take a serious look at their voter rolls and make serious efforts to remove all the deceased individuals before the 2022 elections. They are running out of time. It will be Election Day before you know it.

7 thoughts on “J. Christian Adams: The evidence is real — Dead people are voting”