Within a month, Brexit will either have happened, or it will have been delayed yet again.

It has now been over three years since the British people voted to leave the European Union, and the relentless delays imposed by the British courts, the Parliament, and the EU itself have been maddening.

But the past three days that I spent at the British Conservative Party Conference in Manchester proved that the strength of feeling behind Brexit hasn’t waned in the slightest. The motto of the conference was “Get Brexit Done,” and everyone I spoke with agreed that Brexit was the top priority. 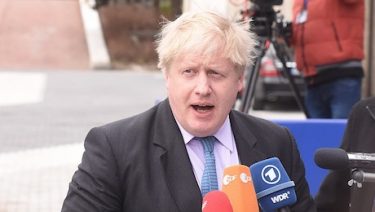 The reason for this—apart from the fact that it’s the right thing to do, and that the British people voted for it—is simple.

For three years, Brexit has been the star at the center of the British political system. It’s pulled everything else into orbit around it, and blinded the political system to many other issues.

If the Conservative Party plans to remain in power, it can’t dispense with Brexit. The threat from Nigel Farage’s rival Brexit Party makes that clear.

But Conservatives can’t remain stuck on Brexit either. Prime Minister Boris Johnson has been clear: Getting Brexit done is not just the right thing do, it’s also the gateway back to normal politics, where Conservatives can focus on core issues like education and crime.

Tactically, Johnson’s position is weak. His government is 41 seats shy of a majority, meaning that in normal circumstances, he wouldn’t be prime minister at all. He only remains in power because his opponents can’t agree to form a government.

He can’t call an election—Parliament has defeated his efforts to do so. And by passing a foolish act requiring him to keep on negotiating with the EU, Parliament has tied his hands.

It’s possible, of course, that the EU will get tired of this charade and wrap up talks before the end of October, allowing Britain to exit on the projected date of Oct. 31. But this is a perilous bet at best.

The EU didn’t become what it is today by giving Britain a good deal on anything.

Despite those setbacks, politically, Johnson’s position is excellent. He has a good lead in the polls and is likely—though hardly certain—to win an election when one comes.

His main opponent, Jeremy Corbyn, leads a Labour Party that has just decided it wants to nationalize all private schools. Policies like that are why Labour is polling as badly as it ever has.

More importantly, the arguments over Brexit itself have ended. Britain wants out of the EU.

Make no mistake, Brexit still has opponents, including most of the political establishment. But they’ve stopped trying to win the argument against Brexit on its merits, for the simple reason that none of their arguments have changed the minds of the Brexiteers.

The only thing left in their arsenal is to force procedural delays—and that’s what the past six months have amounted to: an effort to run out the clock on Brexit.

But delaying is not a strategy; it’s a way of searching for one roadblock after another to postpone the inevitable.

There are many ways to get to Brexit. Parliament could vote to hold an election, the winners of which would be given the mandate to lead Britain out of the EU. Alternatively, the government may find a way out of the legal confines Parliament has created to tie its hands.

After Johnson’s speech to the conference Wednesday, a deal between Britain and the EU might actually happen. Or the EU might simply decide not to extend Britain’s negotiating time and kick it out of the club.

By contrast, there are only two ways for Brexit to fail: Its opponents keep on delaying six months at a time—forever—or they fight and win a second referendum or an election.

Either way, they cannot win the argument, and that means Brexit will stay on the agenda no matter how long it’s delayed.

Right now, the likeliest path to Brexit is through an election, which is why Johnson is calling for one and is putting the Conservative Party on election footing. The message discipline of his ministers at this conference was impressive, as was the supportive turnout at all the panels on Brexit.

The mood at the conference wasn’t nervous, it was expectant. Big things are coming in British politics. No one knows how Brexit will arrive—a point that virtually everyone I spoke with emphasized—but the British Conservative Party remains confident that it will get to an election, and get to Brexit.

For the sake of Britain’s Conservatives and British democracy, that confidence needs to be vindicated.