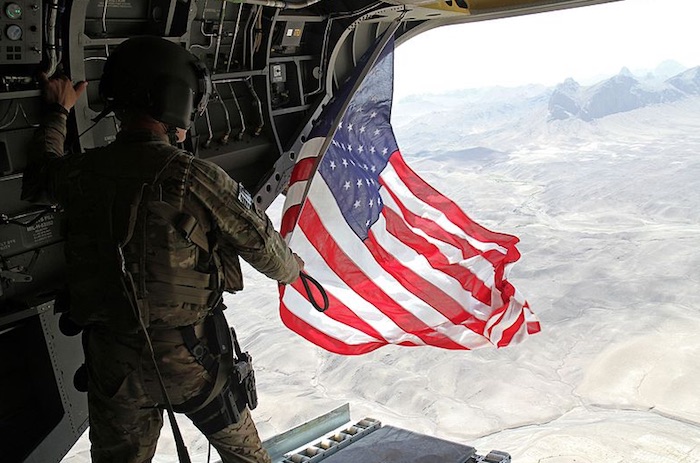 It took a long and bloody eight-year war in order for America to gain its independence.
Subsequent wars, such as the War of 1812, were fought to maintain that freedom and protect the nation. In those wars, it was the American military and the men and women who served in uniform that gave our Declaration of Independence actual meaning.

By Thomas Spoehr | The Daily Signal

Some are hyperventilating over reports that this year’s annual Independence Day celebration in Washington will feature remarks by President Donald Trump, military flyovers, and stationary displays of Army equipment, including tanks.

The Washington Post highlighted the increased costs of the event and expressed anxiety over how there was a chance that tanks and other heavy equipment could damage the grounds surrounding the National Mall.

Time magazine, referring to the celebration as “controversial,” said it “blurs the lines between politics and the military, and offers visuals reminiscent of Chinese or Russian events.”

National Public Radio described its frantic search to find the true cost for the celebration and quoted Sen. Chris Van Hollen, D-Md., saying, “There’s going to be a big price tag for this, and the taxpayers will have to pick up the tab.”

But 4th of July celebrations have been taking place on the National Mall for at least 38 years and have typically featured live performances by the Beach Boys, Jimmy Buffett, the National Symphony Orchestra, and other nationally known performers.  They always feature world-class fireworks and a big parade.

So, why the sudden interest in the cost of the celebration.

Is adding a flyover—the same thing we do for big football games—and a stationary display of a handful of tanks—really grounds for extraordinary consternation and newfound frugality on the part of congressional leaders?

Do we even remember the reason we celebrate Independence Day? It was the day our nation declared its independence from Great Britain.

Would the simple act of declaration have sufficed to achieve our freedom? Hardly. It took a long and bloody eight-year war in order for America to gain its independence.

Subsequent wars, such as the War of 1812, were fought to maintain that freedom and protect the nation.

In those wars, it was the American military and the men and women who served in uniform that gave our Declaration of Independence actual meaning.

Now, it seems we have reached a point where some think Independence Day is only about barbecues, concerts, and fireworks, and that introducing elements like a military flyover or (gasp!) stationary displays of tanks somehow sullies the festivities and introduces an undesirable martial element.

It was the nation’s armed forces that actually won the independence and maintained it at great cost over the past 240-odd years.

Others find fault with the president’s decision to make remarks at the celebration, citing potential problems with traffic, cost, and possible politicization of the holiday. Yet those same people have never expressed concerns over the president’s traditional speaking role on Memorial Day at Arlington National Cemetery.

Indeed, it’s altogether appropriate and fitting for the president of the United States to address the nation on Independence Day, reminding us of the blessings of liberty and the sacrifices made to achieve the freedom we all now enjoy.

The small town where I grew up in Illinois was near the Great Lakes Naval Training Center. Fifty years later, I can still remember the pride and awe I felt when the sailors and military marching bands from the base marched down Main Street at our Independence Day parade.

That same spirit and appreciation for our military is no less appropriate in Washington today than it was in Lake Bluff, Illinois, then.

Thomas W. Spoehr, a retired Army lieutenant general, is director of the Center for National Defense at The Heritage Foundation.