The values that most inspired me to run for the chief law enforcement office in Vermont are transparency and equal justice under the law. The issue that most motivated me to run is the EB-5 fraud scandal at Jay Peak and the inexcusable cover-up that followed by Vermont elected officials and bureaucrats. 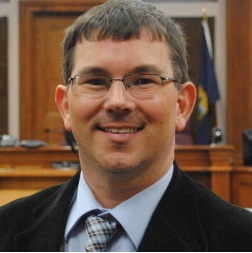 I live and practice law in St. Johnsbury, so the impact that this massive, international, multimillion-dollar fraud has had on the people of this region and for our state is very real to me.

For those who may not have followed the story, the EB-5 program allows immigrants to the United States to obtain citizenship by investing in projects that create jobs in communities that could use an economic boost. In Vermont, developers Bill Stenger and Arial Quiros used the program to ostensibly generate hundreds of millions of dollars for projects in and around Jay Peak and Newport. For the economically depressed residents of the Kingdom, this looked like a blessing.

Sadly, roughly $200 million was embezzled, the jobs were never created, and the development projects went bust. Seven hundred immigrants not only lost their investments, but they were likely robbed of the U.S. citizenship they were promised as well. Even worse than the crime committed by the developers is the cover-up our elected officials and state bureaucrats are still engaged in regarding their own roles in allowing this fiasco to take place.

Allegations of misuse of funds and kickbacks surrounding the Jay Peak project first surfaced in 2012, but for three years the Vermont state officials refused to investigate. At the same time, they were taking part in high-priced junkets to China, actively promoting these projects to investors.

When the veil finally fell away from this corrupt scheme, the Securities and Exchange Commission brought 52 counts of securities fraud against the developers. However, the power of our Attorney General’s office has been used to cover up rather than prosecute any crimes or negligence committed by government officials. This is unacceptable.

For over three years, the Vermont attorney general (past and present) has refused to release documents related to this case reasonably requested by the media under the Freedom of Information Act. Our current attorney general is pursuing an “absolute immunity” strategy in order to protect high-powered political insiders and deny the immigrant victims of these crimes their due justice. This is not who we are as Vermonters.

I can’t sit by and let this happen, and so I promise that if elected to be your next attorney general, I will shed the public light on this case that it deserves, get to the bottom of what, if any, corruption has taken place by members of our government, and allow justice to take place for the victims of these crimes.

We like to think that Vermont is special and that these kinds of things don’t happen here. Well, they won’t happen here unless we let them happen here. Vermonters have a right to know if members of our government were complicit and/or negligent in the perpetration of the biggest fraud case to happen to our state in living memory. With your vote on Nov. 6, I promise to make sure Vermont really is the special place we expect it to be.

Janssen Willhoit is a candidate for Vermont Attorney General, a practicing criminal defense attorney, and a member of the Vermont House of Representatives serving on the Judiciary Committee. He lives in St. Johnsbury with his wife, Sarah, and their five adopted and foster children.

3 thoughts on “Willhoit: As attorney general, I would make public EB-5 scandal documents”