Fifty years ago this week, Ronald Reagan made what he later admitted was one of the worst mistakes of his political life: As governor of California, he signed a bill bringing no-fault divorce to his state.

California was the first state to take the plunge, but by no means the last. Reagan’s signature unleashed what became a national divorce revolution.

Within five years, 44 states would follow suit and pass some form of no-fault divorce. 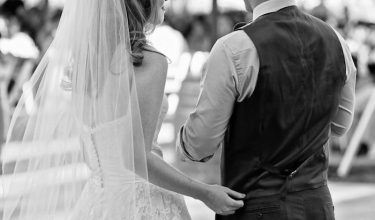 It may be that in the 21st century, the most heroic act for a young American will be to get married and cleave to one’s spouse, till death do they part.

Many lawmakers who pushed for it had fine intentions. At the time, the divorce regime had become a sham that made a mockery of the legal system. Because a judge had to find “fault” in one spouse to grant a divorce, spouses would often make phony allegations against each other, sometimes even working in tandem to fool a judge into granting them a divorce.

Obviously, this was a problem. Some lawyers called the trend “institutionalized perjury.” They thought it would be much better to lower the barriers to divorce and thus remove the incentive to make phony allegations.

Yet 50 years later, the perverse incentive to commit perjury seems utterly miniscule when compared with the wreckage that came from the divorce revolution.

The consequences of no-fault divorce are almost impossible to overstate. It was like dropping a nuclear bomb into our nation’s social ecosystem—the blast wave has hit millions of families, and the fallout is worse than we could have imagined.

As one might expect, the nation saw a spike in divorce rates following the enactment of no-fault divorce laws. Between 1960 and 1980, the divorce rate more than doubled and remained relatively steady into the 1990s.

Generation X was the first of the collateral damage. Roughly half of all children born to married parents in the 1970s saw their parents divorce, a massive increase from just 11% of kids born in the 1950s.

Two of those Gen Xers were named Tom DeLonge and Mark Hoppus. They later would become the lead singers and the guitarist and bassist, respectively, for the popular punk band Blink-182.

DeLonge and Hoppus were both born in the 1970s in Reagan’s California. By the early ‘90s, they had both felt the sting of their parents’ divorces.

Their song “Stay Together for the Kids” captured the cry of a generation reeling from divorce. The song’s original music video pictured a wrecking ball destroying a house—a visual metaphor for the chaos divorce brought to their homes.

DeLonge later explained: “You look at statistics that 50% of parents get divorced, and you’re going to get a pretty large group of kids who are pissed off and who don’t agree with what their parents have done.”

He added: “Is this a damaged generation? Yeah, I’d say so.”

And the damage continues. Each year, 1 million U.S. kids see their parents get divorced. Half of all children at some point will see their parents split. And the most common reason now given for divorce? Lack of commitment, at 75%.

In a positive sign, Gen Xers and millennials seem to have taken lessons from their parents and are getting divorced at lower rates. Between 2008 and 2016, the divorce rate actually dropped by 18%.

But ironically, cohabitation offers them less security than marriage. It may keep one’s options open and eliminate the legal hassle of a divorce, but it makes bailing on a committed relationship that much easier.

One hallmark of a healthy and stable country is that contracts are enforceable. If two people sign a contract, one person can’t just bail without paying the consequences.

A contract has to be binding on all parties. Otherwise, it’s worth nothing, and people will stop making contracts altogether.

No-fault divorce essentially made void the contract of marriage. It told either party that they could break their vows and get divorced on the basis of “irreconcilable differences.”

Those vows derive from what our society once understood marriage to be: a permanent reality that, once joined, takes on a transcendent quality that places it beyond the reach of any human whim. This transcendent vision of marriage was the basis of its legal recognition, and the children that resulted from the union made its stability all the more important.

But no-fault divorce cut ties with this vision. Marriage vows were reduced to mere poetry for a romantic ceremony and evacuated of any legal substance.

For all legal purposes, “as long as we both shall live” became “as long as one of us doesn’t change our minds on a dime.” Spouses could no longer depend on courts to enforce their marriage vows because, legally, marriage was now severed from those vows.

No-fault divorce is the original rupture in our view of marriage. Same-sex marriage was just the latest mutation to an institution long robbed of its original meaning.

Millennials are onto something when they reject marriage as it’s widely understood and practiced. They see it for the contradiction that it has become. Better to shack up and take no vows, they say, than to take vows that won’t be kept.

Reckoning With the Throwaway Culture

Easy divorce is part of what Pope Francis calls the “throwaway culture.” We throw away unwanted trash, unwanted babies, and unwanted spouses. Such is life in a culture that rejects the transcendent, the idea that we owe duties to each other by virtue of being human—and by virtue of our word.

This throwaway culture is the great cost of our contemporary religion, which is self-actualization. The creed of our day is that each person’s private happiness and self-actualization is the ultimate good. Kids, the unborn, and spouses we no longer love must bow the knee to our own personal quests for happiness.

But this contemporary vision shows signs of weakness.

For all our secular disenchantment, we still crave the transcendence and permanence offered by marriage as it was once understood. We long for bonds that don’t break.

Being spiritual creatures, we ache for solidarity, and we seek it, even if from 77-year-old politicians promising to “bring people together.”

No-fault divorce sent us looking for permanence and transcendence in all the wrong places. The irony is that while many of us decry the wreckage of divorce, it’s not clear we are willing to realign our values to rebuild what’s fallen apart.

For those who are willing, the solution is available: We must begin to prize fidelity in relationships over our ever-evolving desires for self-actualization.

Legal changes to reverse no-fault divorce should come as well, but above all, we need a culture that prizes fidelity—and shames infidelity. Spouses who seek a divorce for weak reasons need an obstacle in their path, one that isn’t just legal, but cultural. It should be socially costly to break our vows.

Fidelity is the only thing strong enough to rebuild the basic blocks of our society. It’s what the Bible calls “covenant faithfulness,” and in the long run, it’s the most beautiful life available to us.

It’s also the most rewarding, because self-centered happiness is a fool’s errand. We don’t ultimately find joy in creating our own reality, but in finding our rightful place within it.

Relational bonds are much more easily torn apart than melded from scratch and maintained. We live in the aftermath of 50 years of bond-fraying, and it now falls to us to rebuild.

It may be that in the 21st century, the most heroic act for a young American will be to play a small but faithful part in this rebuilding effort—to get married and cleave to one’s spouse, till death do they part.