MONTPELIER —The House on Wednesday passed a Democrat-backed bill that would raise the minimum wage to $15 by 2026, but it’s unlikely the legislation could survive a veto by the governor.

By a 90-53 vote, representatives approved a wage hike that has been almost universally opposed by businesses across the state.

S.23 received a few amendments over about six hours of debate. A key amendment from the House Appropriations Committee involved tying increases to the consumer price index, where it will increase 2.25 times the CPI over an eight-year period. 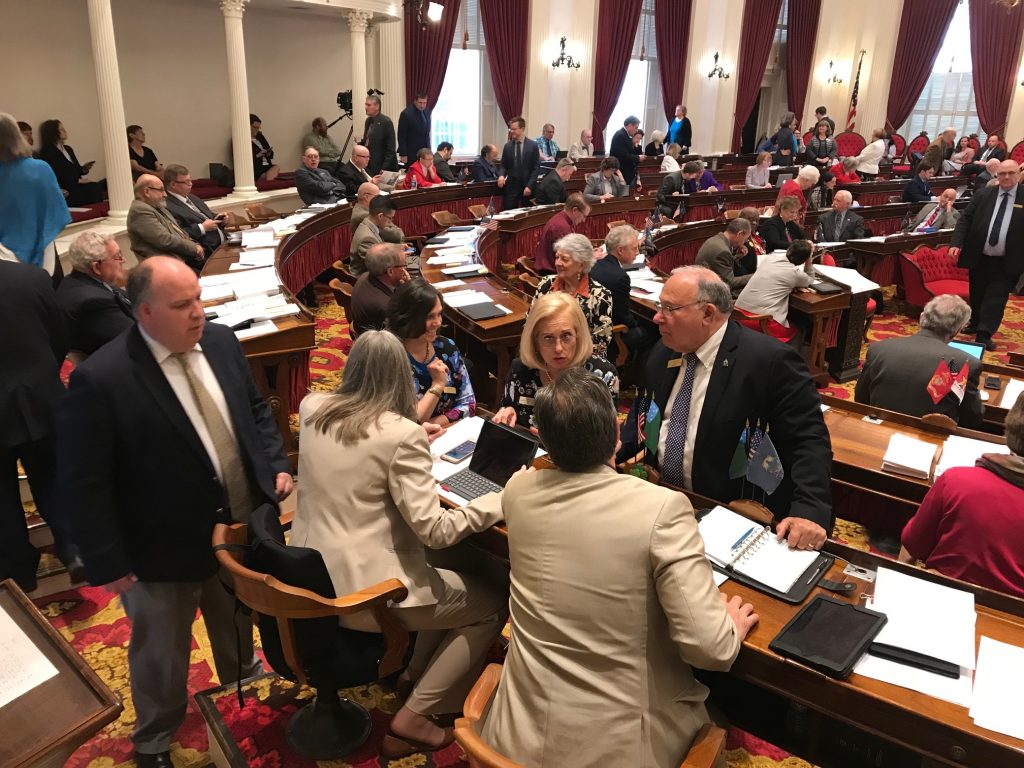 Lawmakers also put in a safeguard in case the economy enters a downturn: If the state’s revenue drops by more than 2 percent from the previous year, a pause would be triggered and the rate of increase would default back to current law, which is equal to the consumer price index with no multipliers.

With 53 no-votes, however, it is almost certain that House Democrats and Progressives lack the votes to override a gubernatorial veto. Gov. Phil Scott successfully vetoed a similar version of the bill last year.

Rep. Cynthia Browning, D-Arlington, offered an amendment which would have delayed implementation by two years, meaning Vermont would probably get to $15 an hour by about 2028 instead of 2026.

“We’ve already had a number of increases in the minimum wage starting in 2014, and I voted for that bill because it had been a long time since we’ve increased it and we needed to do that,” she said on Wednesday. “But we also have to be very mindful of how complex the economy and the labor market is, and you don’t want to have too big of an increase too fast.”

Browning warned that lawmakers lacked information on the consequences of a wage hike and urged colleagues not to rush to approval.

“The best thing to do in economics when you are not sure about the consequences of what you are doing is to take it slow and easy,” she said.

Browning also wanted another safeguard against negative economic trends. If unemployment were to increase more than 5 percent in a year, this, too, would trigger a pause and return the increases to a rate equal to the consumer price index.

Her ideas were easily voted down Wednesday by the Democrat/Progressive majorities.

Rep. Robin Chestnut-Tangerman, P-Middletown Springs, offered an amendment to accelerate the increases to reach $15 and hour by 2024, and to boost Medicaid funds to medical providers who might otherwise struggle to meet any rise in payroll. Both proposals failed.

One of the most vocal advocates for a $15 minimum wage was Rep. Joseph “Chip” Troiano, D-Stannard.

“Employers that increased wages increase productivity, cut turnover rates, and reduce training costs,” he said on the House floor. “We need to support this bill to put more money in Vermonters’ pockets.”

“There are some 66,000 Vermonters employed at minimum wage jobs,” Troiano said. “If they are single with no children, they are working 40 hours a week and they are living on less than a basic-needs budget. If it is a single adult with a child working 40 hours, that family is living at or below the poverty level.”

Rep. Scott Beck, R-St. Johnsbury, speaking to True North outside the House chamber, said he was not enthusiastic about the legislation.

“I’m just not a fan of having the government play with labor markets, and that’s what we’re doing — we’re playing with labor markets,” he said. “I think there can certainly be a floor, and the floor right now is really even below what the market is in St. Johnsbury. But the floor in St. Johnsbury isn’t $15 and it certainly isn’t in most of the state.”

He said for those who are making below a livable wage currently, it would be preferable to use all the different training programs around the state to up their skills and encourage workers to take the many higher-paying jobs now available in the state.