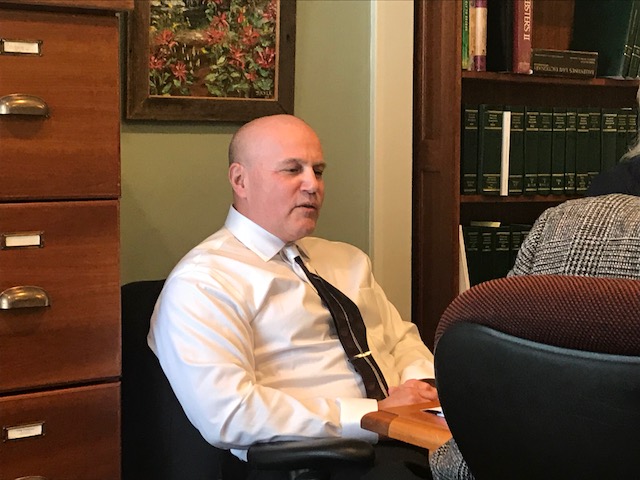 VOTED FOR ABORTION: Rep. Thomas Burditt, R-West Rutland, voted with his Democrat colleagues for a bill that would codify legal abortion up to the moment of birth in Vermont.

The bill, which has garnered national attention since being introduced in January, passed by a 9-2 vote. Rep. Kenneth Goslant, R-Northfield, and Rep. Patrick Seymour, R-Sutton, were the lone committee members to vote against the legislation.

During the morning meeting, lawmakers discussed the purpose of the bill and what it means for Vermonters if Roe v. Wade — the landmark 1973 U.S. Supreme Court decision legalizing abortion nationwide — is overturned.

Brynn Hare, legislative counsel, said Vermont currently has no restrictions on abortion and H.57 doesn’t regulate the right to abortion. Instead, the bill is “a codification of what Vermont has done for the years.”

While most Republicans oppose abortion, Rep. Thomas Burditt, R-West Rutland, voted for the bill. He offered a lengthy explanation for his yes vote while acknowledging that many of his constituents would be upset.

“I’m not voting on abortion right now; I’m just voting on whether or not what we have done and what we have written is legal or not, and it is,” he said. “I can’t vote against it because it’s legal.”

He said he may vote differently when the bill comes to the House floor, however. He added that for a hot-button issue, he has not heard from many constituents.

Rep. Nader Hashim, D-Dummerston, said he supports the bill because, for him, it’s about respecting personal rights. 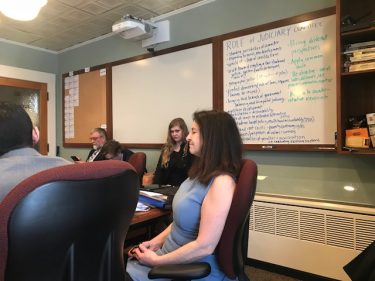 “Vermont has a very unique history of making sure people’s rights are guaranteed and asserted, and there’s also a history of respecting a person’s privacy and personal autonomy in this state,” he said.

Rep. Barbara Rachelson, D-Burlington, attempted to distance the bill from the issue of late-term abortion in America. Only about 13 percent of Americans support third-trimester abortions, according to a May 2018 Gallup poll.

Rep. Kenneth Goslant, R-Northfield, brought up the topic of abortion during the third trimester.

“I just can’t for the life of me get it through my head, unless it’s medical, that there’s a chance of the mother losing her life or something like that,” he said, raising the question of why a person might need a late-term abortion.

Hashim responded that such late abortions are rare.

“I’ve gotten emails [in which] I’ve heard about these callous evil mothers who are terminating pregnancies like eight months in when they change their minds. And the facts we’ve seen say these women simply don’t exist.”

He continued that most women seeking late-term abortion have had medical tests showing their life is in danger.

On Thursday, Vermont Right to Life Committee held a news conference at the Vermont Statehouse to oppose H.57.

Sharon Toborg, chief policy analyst for Vermont Right to Life, said during the event that the legislation would have free speech implications for critics of abortion.

“Testimony in the House Judiciary Committee confirms that schools, as public entities, would be affected by this legislation. It appears pro-abortion messages in our schools would be protected, while anti-abortion messages would be subject to restriction,” she said.

Other cases she cited include 1824 Gibbons v. Ogden, a landmark decision in which the U.S. Supreme Court established the power of Congress to regulate interstate commerce via the Commerce Clause of the U.S. Constitution. This ruling was used to establish the federal Partial-Birth Abortion Ban Act, passed by Congress in 2003.

Another case discussed in committee was Planned Parenthood of Southeastern Pennsylvania v. Casey. This established that no law should create “a substantial obstacle in the path of a person trying to get an abortion.” Even so, the case upheld restrictions on abortion including a 24-hour waiting period and parental consent.

Importantly, Hare clarified that H.57 does not require medical providers to perform an abortion against their will.

She said what changes if Roe v. Wade is overturned depends on the extent of the language in such a decision. Looking back at the way things were prior to that ruling, she said there was “a patchwork of regulation” across the 50 states.