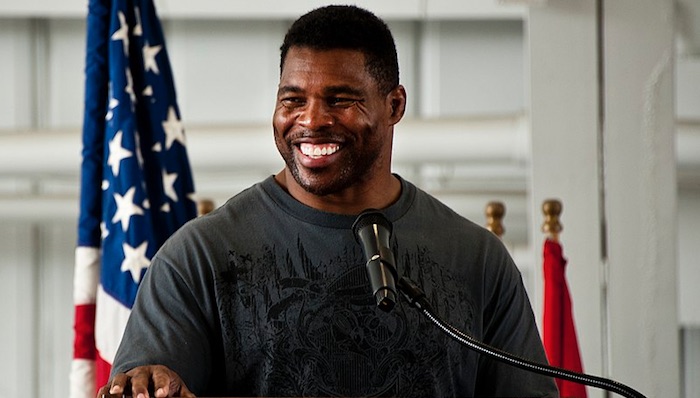 Walker, a first time politician and former 1982 Heisman Trophy winner, campaigned as a pro-life and pro-family advocate who promotes Georgia-based companies and jobs, investments in the U.S. military, police funding and protection for American values of freedom and faith.

Republican Herschel Walker and Democratic incumbent Sen. Raphael Warnock are heading to a runoff after neither candidate reached 50% of the vote in the initial election, according to CNN.

Walker received 48.7% of the vote and Warnock received 49.2% of the vote, with 96% reporting, according to CNN. The candidates will face off on Dec. 6 in a runoff election.

Walker, a first time politician and former 1982 Heisman Trophy winner, campaigned as a pro-life and pro-family advocate who promotes Georgia-based companies and jobs, investments in the U.S. military, police funding and protection for American values of freedom and faith. Warnock, who defeated Republican Kelly Loeffler in a run-off in 2020, campaigned largely on healthcare and abortion rights.

Throughout the race, each candidate sparred over abortion and government spending, while also becoming the center of separate controversies. Two separate women accused Walker of paying for their abortions, while the securities and charities division of the Georgia Secretary of State Office launched a probe into Warnock’s church, questioning him after his church allegedly evicted low income tenants.

Though the race was heavily contested, Walker became the frontrunner of the race during the last week of the election, passing Warnock by 3.2 points with support from 49.7% of respondents, according to a Trafalgar poll released Monday, and leading in the RealClearPolitics average.

🚨KEY RACE ALERT🚨 According to projections, Democrat Raphael Warnock and Republican Herschel Walker will advance to a runoff #Midterms2022 pic.twitter.com/ezO5Z8GDwM

During the Georgia senatorial debate in October, the candidates defended themselves against their respective controversies as Warnock claimed that the eviction reports stemmed from false attacks from the Walker campaign, and Walker called the abortion claims a “lie.”

In the Georgia gubernatorial election, Republican Gov. Brian Kemp defeated Democratic challenger Stacey Abrams for the second consecutive time receiving 53.4% of the vote, with 96% reporting, according to NBC News. Kemp originally defeated Abrams in the 2018 Georgia gubernatorial election, leading Abrams to file a lawsuit against Kemp alleging he had worked to suppress voters.