By Justin Bogie and Benjamin Paris | The Daily Signal

While politicians debate expansive new government programs, even amid a worsening debt situation, fiscally prudent Americans may find some solace in alternative plans put forward to rein in our government’s bloated budget.

The Government Accountability Office last month released its annual report on opportunities to reduce fragmentation, overlap, and duplication within federal agencies and programs.

The report examines the fiscal health of the federal government, accounting for its wasteful spending and noting its various policy sins. 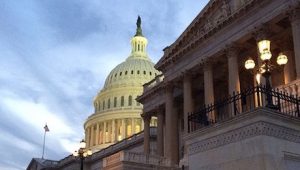 If Americans want to move toward a freer and more prosperous economic future, they should start by demanding that Congress implement all of the Government Accountability Office’s cost-saving recommendations.

These annual duplication reports have a meaningful impact on changing government policy and saving money. The agency estimates that from 2011 to 2018, 77% of its more than 800 recommended actions were fully or partially addressed by Congress and the executive branch.

That resulted in $262 billion in financial benefits. Still, tens of billions more in savings could be achieved by implementing previous recommendations and new ones identified in the 2019 annual report.

This report is a model of better government, but it’s far from a comprehensive solution to the budgetary woes of the U.S. government.

The Government Accountability Office does not evaluate whether a program’s goals or results are suitable for government action; instead, virtually all identified programs duplicate, overlap with, or compete with other government programs.

Because of that, much of the report’s content complements the proposals found in The Heritage Foundation’s “Blueprint for Balance,” which presents a holistic vision for how to rein in out-of-control government spending, create a more accountable and effective budget process, and balance the budget in 10 years.

For example, the report points out that the Department of Defense can review and identify opportunities for reducing the size of its infrastructure, from office buildings to training ranges.

The Heritage blueprint adds that Congress has repeatedly blocked the Pentagon’s ability to assess its own infrastructure and advocates allowing the department to reassess its excess capacity.

Given that the Army finds itself with 29% excess capacity and the Defense Department has an overall 19% excess, Congress should allow the military to ensure its infrastructure and facilities suit its needs.

The Government Accountability Office’s other recommendations are largely aimed at reducing intragovernmental conflict and lack of accountability.

In particular, the report highlights the way in which certain agencies with overlapping goals or powers fail to coordinate with one another, especially on science, technology, and investment.

The Heritage blueprint goes much further. It provides a comprehensive plan to reshape the role of the federal government as we know it, reducing taxes for hardworking Americans and cutting spending by nearly $11 trillion over 10 years.

If Americans want to move toward a freer and more prosperous economic future, they should start by demanding that Congress implement all of the Government Accountability Office’s cost-saving recommendations. Even then, much bolder reforms will be necessary to fix the looming fiscal crisis.

Congress should look to proposals like the “Blueprint for Balance” as a guide to implement serious, smart budgetary reforms, for the health of the country and its future generations.