When asked at the governor’s weekly press conference Tuesday, Health Commissioner Mark Levine assured Vermonters that no shots will be approved for Vermont’s youngest until test studies are completed. 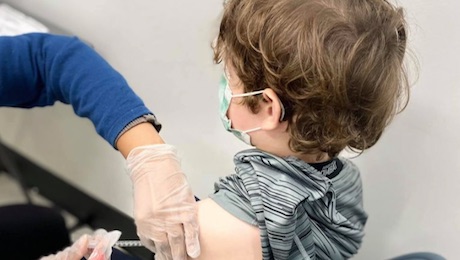 Pfizer has asked the Food and Drug Administration for Emergency Use Authorization (EUA) for a vaccine for children between 6 months and 5 years old, despite having the jabs fail in trials as reported in December.

In December, Pfizer’s vaccine for young children was reported to have failed its initial trials with 2- to 5-year-olds. Three shots are now being considered as a potential regimen.

Nevertheless, on Feb. 1 Pfizer asked the Food and Drug Administration for Emergency Use Authorization (EUA) for children between 6 months and 5 years old. If approved, the shots could be available within weeks.

“My understanding is that in spite of the — I’ll put it in quotes — ‘failure’ in that age group, two to four, they were encouraged to seek emergency use authorization. So that means there’s something in the data that we just don’t have any eyes on it at this point. That data has not been publicly released for anyone to analyze and it’s going to the FDA,” he said.

NPR provided a six-step timeline for this vaccine approval process. The next step is that an FDA advisory panel will vote on their recommendations Feb. 15.

Levine expressed confidence in the process for approving COVID-19 vaccines.

“So Vermont never makes these decisions in a vacuum, and the bottom line is the whole process has to be gone through beginning with the advisory panel to the FDA recommending the FDA give it emergency use authorization,” he said. “Then that would happen if the FDA went by the advice they were getting. Then the Advisory Committee on Immunization Practices, which is the CDC’s advisory panel, would review the data again and make a recommendation to the director of the CDC.”

He added that Vermont will likely implement the policy recommendations of the Centers for Disease Control and Prevention once they are released.

“So only when all of those hoops have been gone through and all of the checkmarks in the boxes happen would we even be able to think about what we would do,” he said. “So we’ll go with the best science possible which means we’ll be able to see the science and data as well and we’ll go with the guideline recommendations that these robust bodies put out.”

Levine also said pre-orders for the shots for this age group are available so the state can be ready, “if this looks like a very sound decision to be made.”

Mandates or no mandates?

“Just so everyone is aware, we don’t have any mandates as a state,” Scott said. “We provided guidance to schools, and most of them, 99 percent of them, have adopted that.”

On the national scene mandates have divided Americans, mostly along party lines. A new poll shows that Americans are generally split.

“A new Heartland Institute and Rasmussen Reports national telephone and online survey finds that 48% of voters favor President Joe Biden’s plan to impose a COVID-19 vaccine mandate on the employees of large companies and government agencies,” the report states. “That includes 33% who Strongly Favor the mandate. Forty-eight percent (48%) are opposed to Biden’s vaccine mandate, including 40% who Strongly Oppose the mandate.”

The governor also brought up the subject of awarding schools that reach over 80 percent vaccination rates, saying it’s been mulled over — but not implemented as of now — to have financial rewards for schools, and to drop the mask recommendations.

“We put that on hold throughout Delta, and we were sure what was going to happen with Omicron. But that’s still another tool that we have and something that we will be talking about when considering whether we continue with that or do something different,” Scott said.

Also Tuesday, the Vermont Immunization Advisory Council met to discuss COVID-19 childhood vaccination requirements. They did not discuss the subject, however.

“About 25 minutes later, the meeting was over, with the council declining to take up a question that has sparked controversy across the country: Should Covid-19 vaccines be required for schoolchildren?” VTDigger reported.