By Alan Wooten | The Center Square

New Hampshire Democratic Sen. Maggie Hassan has held off a challenge from Republican Don Bolduc to win a seat pivotal to control of the U.S. Senate. 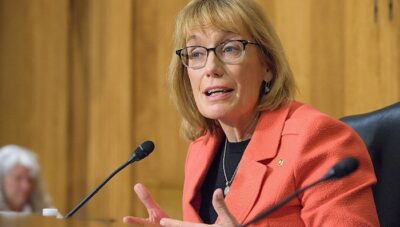 Hassan, the 64-year-old junior senator from the Granite State since 2017, goes back to the Beltway vowing to bring supply chains home to the United States. She wants investment in American manufacturing. Her other priorities include fair and manageable health care costs; no tax giveaways to oil industry giants; and release of strategic petroleum reserves to address high gas prices for vehicles and fuel costs for homes.

Hassan, one of two women to be a governor and U.S. senator, was born in Boston, raised in Exeter and lives with her husband, Tom, in Newfields. She earned her undergraduate at Ivy League Brown University, and her law degree from Northeastern in Boston.

The 60-year-old Bolduc vowed to slow federal spending, stop bailouts and handouts, and is against spending packages without corresponding cuts. He wanted the U.S. to secure its southern border to Mexico; reverse Biden administration policies in order to “regain energy independence,” strengthen America’s stature in regard to national security, supply chains and economy; and aimed to stand strong “against government encroachment” on Second Amendment rights, and intrusion to parents’ decisions on their children’s education.

Bolduc agreed with, and was supported by, former President Donald Trump heading into the September primary. After, he recoiled from the “election denier” crowd. On Halloween Monday, Trump acknowledged Bolduc’s back-and-forth and “nevertheless” granted the endorsement Bolduc sought. Tulsi Gabbard, a former congressional Democrat and presidential candidate from Hawaii, came to the Granite State supporting the Bolduc campaign.

Bolduc, born and raised in Laconia and a resident of Stratham with his wife Sharon, rose from 2nd lieutenant in the U.S. Army to brigadier general. He served and commanded in Afghanistan, and in his final stop was commander of Special Forces in Africa.