The governor once again is urging lawmakers to consider his warning about unstable economic times that are pressing Vermonters as they decide what to do with a state budget that includes billions in federal assistance.

“In January, as you know, I presented a balanced budget that included investments to grow the economy by adding housing, expanding broadband, and combatting climate change,” Gov. Phil Scott said during his Tuesday weekly media briefing. “To help make Vermont more affordable I also proposed progressive and broad tax relief that’s sustainable given projected long-term growth in base revenue.”

The governor also brought in an expert economist to speak on the issue, who spoke after the governor’s turn. First, Scott again emphasized that groups hurt by drug abuse or economic hard times need to be prioritized.

“We also made significant investments in protecting the most vulnerable — like money to prevent substance abuse and permanent housing for the homeless,” he said. 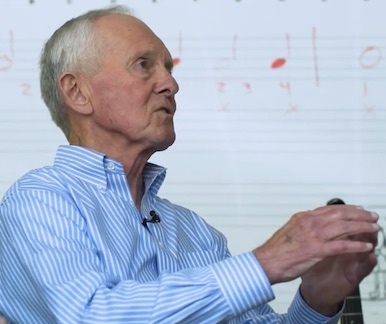 The governor said he is not in agreement with proposals he’s received from his opposition political parties so far, which have “some major differences.”

The state’s pension liabilities also were a topic of discussion.

“In my five years as governor, we’ve spent more on our pension obligations than the previous 20 years before I took office,” he said. “I’ve talked about the need for true structural reform to right the ship because this is the massive $5.7 billion liability that we face, and without structural reform it will only get worse.”

He suggested the latest proposal “simply kicks the can down the road” and is a “$200 million Band-Aid” in addition to another $400 million already committed.

Scott suggested his administration’s recommendations for the budget are not getting proper attention.

“We were not part of the closed-room deal that led to this current bill,” he said. “… Our recommendations were not included, or for that matter, seriously even considered.”

The governor had David Coates, an economist and a retired managing partner for KPMG, at the press conference to back up his points. Coates has been speaking on this matter with urgency for around 15 years.

“I think that bill [S. 286] is a good start, but it doesn’t go anywhere near as far as it should,” Coates said. “… There are no structural changes in there.”

Coates said the state’s current long-term pension debt —  $5.7 billion — is by far the state’s largest line item on all its balance sheets.

To put that number in perspective, he said it’s three times the state’s general fund annual revenue. As recently as 2008 the same tally was $466 million. The $5.7 billion represents $9,000 per resident in the state.

Coates also explained that currently 59 percent of that debt is committed to by the state government, meaning were all those workers to retire today, they would only get 59 cents on the dollar.

Coates said inflation, which is at its highest rate in 40 years, also is a major challenge.

“Market experts are worried about a recession,” he said. He cited the writings of Lawrence Summers, former director of the Obama administration’s White House National Economic Council, who said the slump may be worsening.

Coates said that when he was a member of the 2009 Pension Commission, officials had recommended an extra 3.5 percent annual contribution to retiree health care benefits and their pensions — an investment which to was to be shared by taxpayers and benefit recipients.

“Again, if we had done that then, we wouldn’t be here today,” Coates said. “… When we negotiated with the union, it didn’t come out.”

Again he reiterated that he is not confident that the latest proposals are sufficient to fix Vermont’s pension crisis.

“I am telling you with S.286 we are not going to be prepared,” Coates said.