Taking action on two of the most controversial pieces of legislation this session, Gov. Phil Scott has signed an unlimited abortion bill and vetoed a gun control bill.

The first move will anger his Republican base, and the second will upset his more liberal supporters. 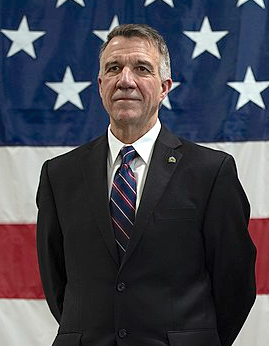 WALKING A TIGHTROPE: Gov. Phil Scott has won two elections to be a Republican governor in one of the bluest states in the nation, and his latest actions show he’s willing to act in ways that both appease and upset those on each side of the political aisle.

Scott chose to veto S.169, which would have mandated a 24-hour waiting period to purchase a handgun. The bill also would have expanded a “red-flag” law, among other provisions.

Testimony from proponents claimed the wait-time would provide a cooling-off period in the case that someone was purchasing a gun impulsively with the intention of committing suicide.

Opponents argued the wait would keep guns out of the hands of law-abiding citizens, including those who need them in urgent situations such as domestic violence.

But Scott signed H.57, which codifies access to abortion at any point of pregnancy. Proponents say the legislation is necessary since the federal Roe v. Wade abortion standard could be overturned under by a conservative-leaning U.S. Supreme Court.

Opponents decried H.57 as the most anti-human-life law in the country since it offers no protection for viable fetuses all the way to the moment of birth.

Regarding the gun bill, two of the most dedicated proponents were Rob and Alyssa Black, parents of Andrew Black who shot himself on Dec. 6, 2018, at their home in Essex. The couple visited the Statehouse multiple times this session to tell lawmakers that a waiting period could prevent future suicides.

They issued a statement shortly after Scott vetoed the bill.

“We are deeply disappointed that Gov. Scott has vetoed the life-saving handgun buyer waiting period bill,” they wrote on Twitter. “We all understand that suicide is most often an impulsive act, including the governor. He was provided the same information that both the House and Senate were provided. They created a thoughtful compromise. It was disappointing that he went political.”

Among the bill’s opponents was Chris Bradley, president of the Vermont Federation of Sportsmen’s Clubs. On May 28 to the Senate Judiciary Committee, he characterized the debate over the waiting period as “the right to self-defense versus the intent to save a life.”

He cited statistics showing 3,380 relief from abuse filings for 2018. Bradley emphasized that for each of those filings, the victim had to convince a judge that there was a serious threat to life and safety, and that a wait of 24 hours could be the difference between life and death.

Gun Owners of Vermont President Eddie Cutler told True North last month that if Scott would veto the bill, he might be able to “forgive and forget” the gun laws that he signed in 2018, which received a hostile reaction from Second Amendment supporters. That bill, S.55, included universal background checks, a ban on standard-capacity magazines, and raising the gun-purchase age to 21.

On the abortion front, Scott has inflamed his conservative base. This year the March for Life in Montpelier was substantially larger than the pro-abortion Women’s March.

“By putting his signature on H. 57, Governor Phil Scott endorses unlimited, unregulated abortion throughout all nine months of pregnancy,” she said. “His signature signals his preference for protecting the business of abortion over other life-affirming options in Vermont statute.”

The group says while Scott has always leaned pro-choice, in the past he has supported legislation for parental involvement for minors considering abortion. He’s also expressed concern over late-term abortions and does not approve of taxpayers funding abortions.

“With his signature, Gov. Scott has rejected any regulation of abortion, abortionists, and abortion clinics, including measures to protect the health and safety of girls and women. Scott has embraced without reservation the agenda of the powerful pro-abortion lobby,” the group’s press release states.

Scott had received a 100 percent endorsement from Planned Parenthood before his 2018 re-election.

Pro-abortion supporters were quick to celebrate his signature of the bill on social media, including Twitter.

Thanks to the Democratic-led House and Senate, the nation’s broadest protections for reproductive rights are now law in the state of Vermont. #vtpoli pic.twitter.com/1aUnxtX3SO

As a Republican governor of one of the bluest states in the nation, Scott continues to walk a fine line between his minority conservative support and majority opposition party support. Yesterday’s actions continue to illustrate that he cannot make everyone happy in this peculiar political position — even the lieutenant governor, David Zuckerman.

As President of the Senate, I sign every bill before it goes to the Governor. I was honored to be able to sign S.169 to create a 24 hour waiting period in order to reduce suicide deaths in Vermont. I am very disappointed the Governor vetoed the bill. #vtpoli