Several Democratic incumbents are among the Vermont state senators, including Sen. Richard Sears (Bennington) and Sen. Alice Nitka (Windsor) receiving endorsements and “A” grades from the National Rifle Association (NRA). However, Republicans received the majority of top grades and endorsements. 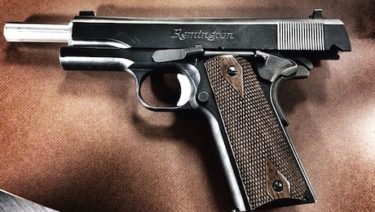 The National Rifle Association is issuing ratings of candidates based on their stance on Second Amendment gun rights.

Results are published in the November issue of “America’s First Freedom” magazine, and online. The NRA uses a traditional system of A for the best grade, F for the worst. “AQ” represents an A grade based solely on questionnaire responses. Candidates with positive grades appear below in bold face.

“None” represents candidates who according to the NRA did not respond to the questionnaire. Candidates are welcome to submit new or clarifying information to Vermont Daily. For complete coverage of NRA grades and endorsements of Vermont candidates, go to www.nrapvf.org.

GRAND ISLE – vote for one

LAMOILLE – vote for one

ORANGE – vote for one

NRA endorsements for statewide races and the House of Representatives will be published in Vermont Daily later this week.

2 thoughts on “GOP Senate candidates get most NRA endorsements”