Officials who manage Glacier National Park are swapping out signs warning visitors that climate change would cause the park’s glaciers to disappear by 2020, CNN reported Wednesday.

The US Geological Survey told the park in 2017 that the complete melting off of the glaciers was no longer expected, park spokeswoman Gina Kurzmen told CNN. Forecast models over the years show that the glaciers were no longer at risk of disappearing by that date, she noted.

Placards at the St. Mary’s Visitor Center, located in Montanan’s mountain ranges, were reportedly changed in 2019. The park is waiting for budget authorization to update the park’s full set of signs, Kurzman noted. 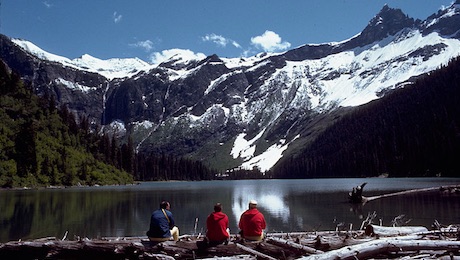 The signs will be changed to say: “When they will completely disappear depends on how and when we act. One thing is consistent: the glaciers in the park are shrinking.” USGS noted in a report to the Daily Caller News Foundation in 2019 that recent harsh winters had significantly changed forecasts from years past.

“Glacier retreat in Glacier National Park speeds up and slows down with fluctuations in the local climate,” a representative with the USGS told the DCNF at the time. The agency is responsible for managing the park.

“Subsequently, larger than average snowfall over several winters slowed down that retreat rate and the 2020 date used in the NPS display does not apply anymore,” the representative said.

Ice cover in the park shrank 70% from the 1850s to 2015, according to USGS. Melting began at the end of the so-called Little Ice Age when scientists believe glaciers began shrinking in the area from 146 to just 26 as of 2019.

Regardless, glaciers could all disappear between 2030 and 2080, depending on how much warming occurs, USGS still says on its website. As recent years demonstrate, glacial melt can be slowed by heavy winter snowfall.

Not all reports portend bad news for the world’s largest ice structures.

A 2017 study published in Natural Climate Change, for instance, shows that some of the world’s biggest non-polar glaciers are growing due to a “vortex” of cold air over a 1,200-mile section of the greater Himalayan mountain range.

Neither the USGS nor the National Park Service, which works closely with the agency to manage the park, have responded to the DCNF’s request for comment.