This commentary is by Joe Gervais, of Arlington. He is the Republican candidate for the Vermont House of Representatives in the Bennington-4 District.

Since the Biden administration took office last year, Americans have seen a huge, direct tax increase due to the reckless policies of this progressive Democratic-led administration. According to the Joint Economic Committee’s State Inflation Tracker, Vermonters are experiencing a 10.9% inflation rate and a $597 a month increase in household costs since Biden took office in January of 2021. Fuel prices have soared, and everything that requires fuel has also been impacted. We have seen home heating bills nearly double, food prices increase significantly, increased used vehicle prices, and the list goes on. The reality of expenses most Americans face on a daily basis is probably closer to a real 20% inflation rate. 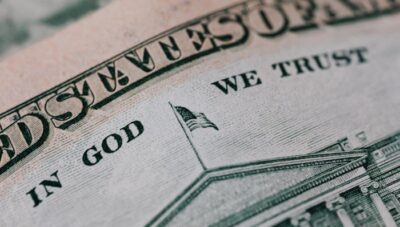 We now see the impact of this irresponsible spending with every trip to the gas pump or grocery store, and we see other countries taking notice and no longer buying U.S. Treasury notes.

What is inflation? Inflation is the devaluing of the dollar. Why is the dollar devaluing? During the past 14 years, we’ve seen the largest expansion of currency in the nearly 110-year history of the Federal Reserve (FED). In a recent interview, former Blackrock hedge fund manager Edward Dowd said “the last 12 years have been a ballooning of what I call the central bank-government bubble, the sovereign debt bond bubble.” There has been no fiscal responsibility at the federal level, and our state legislatures have been priding themselves on how well they can spend “free” federal money. In summary, inflation is Americans bearing the brunt of fiscal irresponsibility and being indirectly taxed through higher prices for everything they buy due to the reduced purchasing power of the dollar.

Reviewing statistics from the FED, at the start of 2008, the M2 money supply was 51% of Gross Domestic Product (GDP), at 7.5 trillion dollars. This was consistent with the money supply at the end of 2001, where it was also 51% of GDP. However, since 2008, between quantitative easing and overspending by Congress, the money supply has tripled, ballooning to an unsustainable 91% of GDP. The money supply currently stands at nearly $22 trillion.

That free money was hardly free. We now see the impact of this irresponsible spending with every trip to the gas pump or grocery store, and we see other countries taking notice and no longer buying U.S. Treasury notes. This leaves America in the position that the once secure U.S. Treasury note has no buyers because of increased risk of default. We have seen the Russian sanctions backfire on the United States, with BRICS countries (Brazil, Russia, India, China and South America) setting up their own alternative to the SWIFT international payment system, and the use of the U.S. dollar to settle international oil trades being replaced by payments in gold or in Russian rubles. This further softens demand for U.S. dollars.

The challenge we are facing is the bubble is about to burst. When the housing bubble burst in 2008, the government stepped in and started this monetary expansion that headed us towards the economic cliff. With a global sovereign debt crisis, there is no one left to step in and avoid the crisis. We see China continuing to have lockdowns in the name of Covid. It is more likely that the lockdowns allow control of the population and restrictions on bank runs since the exposure of the Evergrande Group and wider systematic real estate Ponzi scheme, masking the impending failure. The Covid crisis simultaneously provided global cover for the impending failure of the central banks and accelerated the failure of the central banks.

If an economic collapse is unavoidable, how do we survive? From a people point of view, it’s back to the words of our founding fathers — One Nation, under God. We need to stop all the divisive actions and focus more on what makes us one people, one nation, rather than focusing on individual differences. We will need to work together. We may experience the food and energy shortages that are plaguing our brothers and sisters in Europe.

Vermont is blessed in that we have many local farms and local renewable fuel sources with our forests. From a government perspective, we need to ensure that there is transparency and accountability for those that were behind this corruption and reckless spending spree of the last dozen years and that policies are put in place so that it can never happen again.

12 thoughts on “Gervais: Vermonters, how’s that new $600-a-month tax increase going for you?”