Gazprom declared a force majeure on gas supplies to Europe, announcing that it will not be supplying gas to at least one of its European customers via the Nord Stream 1 pipeline due to extenuating circumstances, according to a letter seen by Reuters on Monday. The firm’s actions amid the Russia’s war in Ukraine are prompting Germany to consider extending its use of nuclear power, reported Reuters, after previously planning to discontinue its nuclear plants. 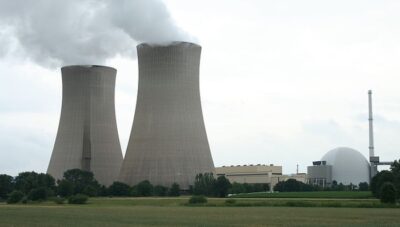 The German economic ministry announced Monday that it is considering extending the use of its three remaining nuclear plants as public support for nuclear energy increases due to the current fuel shortages and the prospect of a permanent cut-off of Russian gas, reported Reuters. Germany’s three remaining nuclear plants had been scheduled to shut down by the end of the year after former Chancellor Angela Merkel moved to phase out nuclear energy; moreover, Germany’s environmental and economic ministries had advised against extending the life of the plants in March.

Additionally, power grid operators are requesting a second examination of the viability of nuclear power, reported Reuters. The three plants accounted for 6% of Germany’s electricity output in the first quarter of 2022, according to government figures.

Party members from the Christian Democratic Union of Germany and the Christian Social Union in Bavaria are blaming the Greens political party, which runs the economic ministry, for the government’s failure to retain existing nuclear power, reported Reuters.

Gazprom also chose Monday to not book extra capacity to ship gas from Ukrainian pipelines in August, keeping deliveries to Europe limited, reported Bloomberg. The announcement comes at a time when Europe’s energy supply is already strained, and countries such as Germany have begun rationing hot water.

Nord Stream 1 is currently undergoing maintenance that is scheduled to be finished on July 21; however, governments, markets and companies are concerned the shutdown might be extended. Gas flows to Germany via Nord Stream 1 were significantly reduced last month due to maintenance, and Germany claims that the reduced supply was a calculated political move to create doubt and further drive up energy prices in response to the sanctions that it imposed on Moscow.

As supplies of Russian gas continue to be jeopardized, European nations like Germany and Hungary desperately prepare for an “energy emergency.”

The Germany Federal Ministry for Economic Affairs and Climate Change did not comment directly on the impact of shuttering nuclear power plants. Gazprom did not immediately respond to the DCNF’s request for comment.