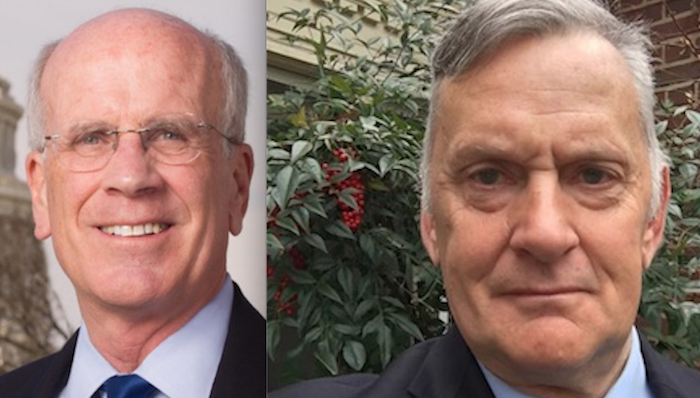 GOP candidate for U.S. Senate Gerald Malloy appeared on the “Howie Carr Show” on Thursday and said the current leadership of the Democratic Party is “hijacked” by extremist elements.

“I think what we’re seeing is the far left hijacked the Democrat Party and they’re frankly disconnected,” Malloy said. “And when my opponent talks about insurrection and a threat to democracy — when I talk to people here in Vermont, what’s on people’s minds is the economy, crime, and drugs.”

On Nov. 8 Malloy will face off with U.S. House Rep. Peter Welch, D-Vt., who had just a 6% advantage in the polls a month ago.

“The campaign is going great, and gaining momentum every single day,” Malloy said. “Volunteers are just coming up left and right. We’re on a great path to victory.”

He added that the clear majority of voters — even in deep blue Vermont — are upset with how current Democratic leadership is going.

“I think I met about 30,000 Vermonters, and I have to say about 85% are very unhappy with the direction that the country is going,” Malloy said.

Carr commented as well, saying poor performance of Democrats on multiple issues is leading voters toward what could be a “red wave” for the GOP.

“The country is heading down a path to hell, that’s the bad news,” Carr said. “The good news is it’s really helping out Republican candidates like yourself — even in Vermont, I think people are waking up to what’s going on.”

Multiple mainstream media outlets have released polling that shows Democrats are in trouble for the general election in November.

“We’ve already seen articles from CNN and The Hill warning of a coming Republican victory. Now, even some Democrat election analysts are getting in on the act. Politico is moving races toward the GOP faster than one can reasonably keep up with,” Carr said.

“And you know why, because we decided to kill the oil and gas industry,” he said. “And it’s just getting worse, and people see that and they are ready for change.”

Carr noted that New Englanders have been getting warnings from their electric companies that electricity rates could double.

On the issue of crime, Malloy said a Burlington resident alerted him that the city has “gone to hell in a hand basket” in recent years. Malloy took this chance to remind voters that far-left politicians created this scenario.

“It gets back to defunding the police, it gets back to our wide-open southern border, the drug problems, and the progressive prosecutor movement that the far left is pushing,” he said.

The Daily Caller reported that the top three issues on voters’ minds are the economy, inflation, and crime. On all three, the GOP has a 7%, 9%, and 19% advantage, respectively.

“Democrats performed worse than Republicans on issues that were most important to voters in a Wednesday poll from Politico and Morning Consult,” the report states.

Nonetheless, Welch leads in donations to his campaign. Malloy said, however, the money he gets is translating into action.

“I’m one-tenth, probably less, than my opponent in terms of campaign dollars,” he said. “But we’re being smart about it and it’s going fantastic.”