Ten years ago the federal government spent nearly $50 billion to bail out General Motors, and especially the United Auto Workers pension fund. After some repayments, Uncle Sam was still out $11 billion. A large part of GM’s financial woes stemmed from overburdensome union contracts, unfunded retirement benefits and subpar craftsmanship. Ten years later, the bailed-out company, nicknamed Government Motors, is laying off 14,000 workers in North America, including eliminating more than 8,000 white-collar jobs and closing five plants, four in the U.S. and one in Canada. 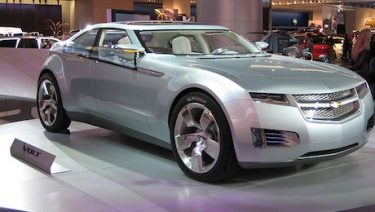 It’s ironic that one of the GM models due for termination is the electric Chevy Volt. GM got into Volt production not because customers were clamoring for small electric cars, but because the Obama administration decided that small, electric cars were the answer to the menace of climate change. That was not a market-driven decision but a political one, based in large part on the massive taxpayer-subsidized rebates of up to $7,500 per car.

In 2012, President Obama drove a Volt in a brief public appearance and said boldly, “When I’m not president anymore, I’ll buy one and drive it myself.” I can’t find any evidence that this has come about. Obama also signed the hood of a Chevy Cruze and called it “the car of the future.” That model, too, went on the GM chopping block, because people wouldn’t buy what GM was pressured to sell.