By Tom Gantert | The Center Square

Gas prices won’t be as volatile in 2023 as they were in 2022, but motorists can likely expect high gas prices this year, according to an analysis by GasBuddy.

GasBuddy released its 2023 forecast and projected that gas prices would average $3.49 a gallon. 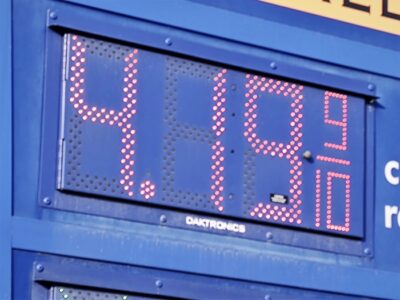 GasBuddy’s 2023 forecast says California may face gas prices near $7 a gallon in the summer but most cities will see prices peak at $4 a gallon. GasBuddy predicts the highest average price will be $4.12 per gallon in June.

The past year saw extremes in the U.S. prices of gas at the pump. Gas prices averaged $5.03 per gallon in June 2022, the highest ever, according to the U.S. Energy Information Administration. But by December, gas had dropped to $3.32 a gallon.

“2023 is not going to be a cakewalk for motorists. It could be expensive,” said Patrick De Haan, head of petroleum analysis at GasBuddy, in a news release. “The national average could breach $4 per gallon as early as May — and that’s something that could last through much of the summer driving season. Basically, curveballs are coming from every direction. Extreme amounts of volatility remain possible, but should become slightly more muted in the year ahead. I don’t think we’ve ever seen such an amount of volatility as we saw this year, and that will be a trend that likely continues to lead to wider uncertainty over fuel prices going into 2023.”

GasBuddy’s 2023 forecast says California may face gas prices near $7 a gallon in the summer but most cities will see prices peak at $4 a gallon. GasBuddy predicts the highest average price will be $4.12 per gallon in June.

“Additionally, as the world continues to navigate Covid recovery, as well as the Russian invasion of Ukraine, a high level of uncertainty is again a factor in 2023, making an accurate forecast very challenging,” the forecast states.

Gas prices were reportedly rising Jan. 2 across the country. AAA reported the average price of gas was $3.21 per gallon as of Jan. 2, 11 cents higher than a week ago.