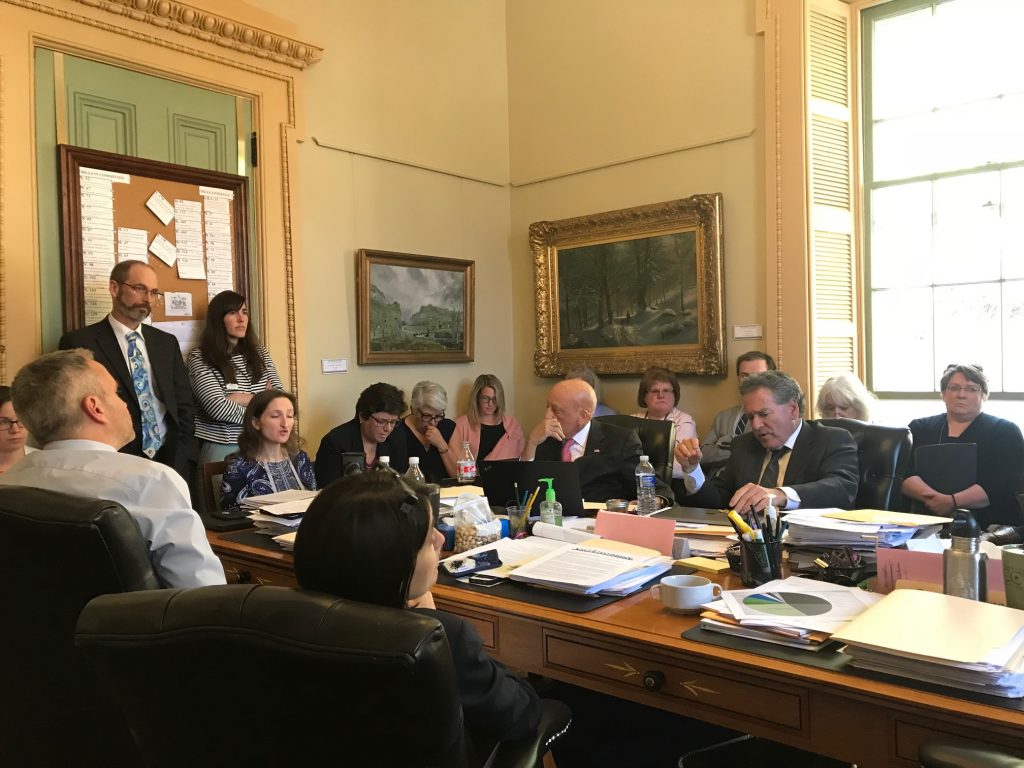 CHOICES FOR INSURANCE: Association health plans offer an alternative from conventional health insurance companies, but the Senate Finance Committee is unsure about their future in Vermont.

MONTPELIER — Lawmakers in the Senate Finance Committee met on Wednesday to discuss how Vermont will proceed with association health plans, which are an affordable alternative to the state health insurance options offered through Vermont Health Connect.

Traditionally, association health plans involve large companies or unions combining a workforce together to create a new, larger insurance pool. The Trump administration last year expanded the program to make AHPs available to small companies, and even to self-employed individuals.

“This was a major inequity that the Trump administration wanted to correct, and that’s why they expanded the AHP rule and said whether you are an individual or a sole proprietor or a small business owner — maybe you are an artist, a writer, a realtor — you can band together in a city, across the state, a region or industry, and you can get that large pool, and you can then access the lower premiums,” Meg Hansen, executive director of Vermonters for Health Care Freedom, told True North.

Organizing large groups of people in this fashion brings down health insurance costs for those seeking to be insured.

The change by the Trump administration led 12 state attorneys general to sue, since, they claimed, association health plans draw people away from the state-run insurance pools. A federal judge in March responded by striking down the expansion.

“The Final Rule is clearly an end-run around the ACA,” U.S. District Judge John D. Bates of the District of Columbia, an appointee of President George W. Bush, wrote in a ruling.

Hansen says that ruling is all politics.

“This is just about saying here is the Trump administration trying to get rid of Obamacare because Congress failed to eliminate and repeal it, so now let’s see what we can do to push back — that’s all it really is,” she said.

Now the U.S. Department of Labor has the choice to appeal that decision, rewrite the language for how they operate, or cancel association health plans altogether.

Sen. Ann Cummings, D-Washington and chair of the Senate Finance Committee, said Wednesday that lawmakers will remove the section of the health care mandate that deals with association health plans and they will engage the subject again in a conference committee with their House counterparts.

“We put the freeze on so we aren’t subject to them changing things in July,” she said.

The freeze means that there will be no new members joining such health plans until at least next legislative session when lawmakers are able to assess their status at the federal level. Lawmakers also wish to review a study on the impact AHPs might have on the Vermont Health Connect insurance pool, which is mostly comprised of Blue Cross Blue Shield customers.

Companies that are in existing Vermont AHPs will be grandfathered in for the time being.

“I don’t want people to have the ban lifted [by the Department of Labor], the AHPs run out and sign up a thousand more people, and then have us come back in January and find out we got the market study back and it’s gonna do too much damage,” Cummings said.

Hansen said the study should be about what’s best for Vermonters, not Vermont Health Connect.

“They don’t need to do a study. I can tell you right now that, yes, it will hurt Vermont Health Connect,” she said. “But as legislators, as officials, who are you advocating for? Who are you trying to defend? Are you doing a service to individual Vermonters or to an ideology?”

Association health plans, even with much smaller user pools that pay into them, tend to offer lower premiums than the VHC offerings based on a statewide pool. Hansen said that’s because of the monopoly status of Blue Cross Blue Shield.

“Whoever is running the monopoly — in this case it is Blue Cross/ Blue Shield — they have 90 percent of the individual market and whatever rates they set, that’s it,” she said.

Cummings said it’s going to be tricky when lawmakers get back next session due to ongoing changes at the federal level.

“The fact that they’ve gone so far in the other direction makes me extremely nervous — that’s an extreme change for the federal government, which usually doesn’t change very quickly,” she said.

Sen. Chris Pearson, P-Burlington, recommended passing the language concerning the rest of the bill without the parts about the association plans.

“There is some simplicity to that,” he said.

3 thoughts on “Future of association health plans uncertain in Vermont”