I was much encouraged to read in multiple Vermont publications that many readers questioned the presumptive racist interpretations of both the State Street vandalism in Montpelier and the Facebook post by Windsor Principal Tiffany Riley.

The verbal assault on Riley as “prejudiced,” “lacking in judgment” and “expressing ignorance and hate” was particularly unwarranted. She said that she supported Black Lives Matter but not their “coercive measures,” and she didn’t think “people should be made to feel they have to choose black race over human race.” For that she was verbally excoriated and put on administrative leave. 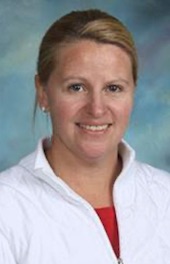 Black Lives Matter supporters may be surprised to hear that many thoughtful people, maybe even the majority of Vermonters, agree with Riley’s post. And for many of us, painting “Black Lives Matter” on State Street is no more appropriate than painting “Make America Great Again” on that same street. Both are political statements that point to policy issues that can and should be debated in a free society, not plastered on our public roads.

Instead of informed debate, today we have perpetual ad hominem attacks meant to silence those with whom the left disagrees. Over the past few weeks those attacks have become increasingly physical as well as verbal — including the act of defacing State Street with a political slogan regardless of whether they had permission to do so or not. Why were these painters surprised that someone with a different political view would respond?

I am reminded of a time several decades ago when the abortion controversy in Boston erupted in violence. Shocked by the situation, leaders from both sides committed to a series of meetings in an attempt to “tone down” the atmosphere. The first thing they did was to give every participant a chance to say what they would like from the other side.

Most memorable to me was the abortion proponent who asked the other side to stop calling her a murderer. Imagining myself in a similar series of meetings today, I know what I would ask for: stop calling me a racist.

The idea of systemic racism is now weaponized to implicate any person who questions orthodox leftist views about race. This is so prevalent, especially among the young, that they are completely blind to their own bias, a bias that will be acutely visible on State Street for as long as the yellow paint lasts.

As for Ms. Riley: I hope she is swamped by great lawyers willing to provide pro bono services for her lawsuit against the educational establishment. Unfortunately, that won’t relieve the wound of being unjustly attacked by the people she thought were her friends.

9 thoughts on “Frenier: ‘Many thoughtful people agree with Riley’s post’”