A candidate swap has taken place among Republicans seeking to become Vermont state treasurer — H. Brooke Paige is no longer running for the office, and Carolyn Branagan, a former state senator for the Franklin district, is preparing to run.

Branagan, a resident of Georgia, Vt., who has served in both chambers of the General Assembly, wrote on Facebook that her decision to run was prompted in part by “the huge shortfall in the state’s ability to pay for the retirement of state employees, teachers and municipal workers.”

In a phone interview Monday with True North Reports, she said the coronavirus-related economic shutdown, estimated to cost the state hundreds of millions in revenue, will increase the severity of the state’s unfunded pension liability, which has grown to $4.5 billion for benefits for retired teachers and state and municipal workers. 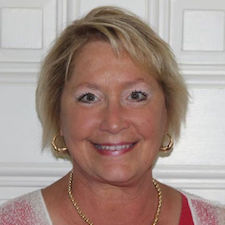 “There are so many more expenses now that we need to look at,” Branagan said. “We did get a bunch of money from the federal government to help cover the expenses from COVID-19, but yes, this is a time when we need to be even more cautious with our state’s funds and make sure where possible we are earning the best interest rates and also taking care of our bond ratings.”

She said while she respects Vermont Treasurer Beth Pearce, she believes she can bring a fresh perspective to the job, as well as an increased effort to communicate with the public.

“One of the most important roles is communication. I think many Vermonters know little about the treasurer, what the treasurer does, or where the office is — they never hear anything,” Branagan said. “It is vital to each project that the state undertakes because we pay for that with taxpayer money.”

Although she’s a Republican, Branagan said party affiliation should not play a role in how the job is carried out.

“The treasurer doesn’t play politics with the state’s money; it’s money that belongs to the taxpayers of Vermont,” she said. “The treasurer takes care of that money and tries to invest it in ways that are safe and that are going to generate as much for the state of Vermont as possible.”

Branagan has a lifetime of service in Vermont. She was a member of the Vermont House from 2003 to 2016 and served in the Senate in 2017 and 2018. She filled important roles in various committees, including the House Ways and Means Committee, the Government Accountability Committee and the Senate Education Committee.

She formerly taught elementary school in Fairfax and Fairfield, where she also was principal, and has been a trustee for various organizations, including the Vermont Historical Society, the University of Vermont, Franklin County Home Health, and the Vermont Maple Festival. She also was treasurer for the Franklin County Republican Committee and the Georgia Plain Baptist Church.

Branagan’s move to be placed on the August Republican primary ballot coincides with a withdrawal by Paige, a fellow Republican who was running for treasurer but is now pulling out to make way for Branagan.

As in past election cycles, Paige is running for multiple offices as a “placeholder” candidate to prevent Democrats from writing in their own party’s candidates during Vermont’s open primary. Paige will continue to run for three other statewide offices, including attorney general, auditor of accounts and secretary of state.

“My submission of candidate documents for four statewide offices were intended, in part, to preserve these primary election ballot positions for worthy Republican candidates and prevent Democrats from ‘crossing-over’ on primary day and voting for the published Democrats as ‘write-ins’ on the Republican Primary ballot, a practice they have committed for the past several election cycles,” Paige wrote in a letter sent Monday to Secretary of State Condos.

Deborah Billado, chairwoman of the Vermont GOP, said the Republican Party is fielding more candidates this year than in past elections.

“The numbers are much better than they were two years ago,” she said. “We’ve exceeded the number of candidates for the available seats, and we still have 10 weeks to fill in some blanks.”

Billado said the VT GOP has five candidates running for lieutenant governor, around 23 state Senate candidates and 91 candidates for state House. In addition, two Republicans are running for governor.