Bernie Juskiewicz, husband, father, dedicated local volunteer, and a Republican legislator who represented Cambridge and Waterville from 2013-18, has died of the coronavirus, according to a news report today on WCAX.

According to the news report, Juskiewicz died Wednesday after hospitalization. Bernie was a longtime IBM employee who served his town for many years as a school board, selectboard, and Finance Board member. In Cambridge, where this reporter lived for many years, he was regarded as patient, cheerful, helpful and highly knowledgeable about all aspects of education. He was a member of the House of Representatives Appropriations Committee. 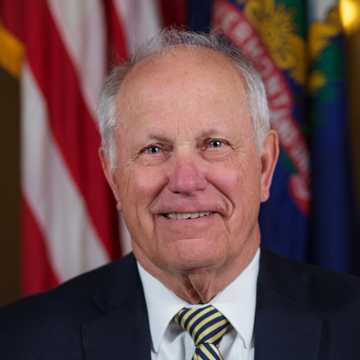 Most recently, he served on the advisory committee of Jenna’s Promise, a Cambridge organization dedicated to create a network of support that will help people suffering from substance use disorder.

Juskiewicz was born in Northampton, Massachusetts. He had lived in Cambridge since 1978. Bernie graduated from Hopkins Academy in Hadley, MA, and The College of Emporia, Emporia, Kansas with a BA in business administration.

He married Suzan in 1967. They had three children and four grandchildren. Bernie began a career in Accounting and Management with IBM in East Fishkill, NY, and transferred to Essex Jct. in 1978. Upon retirement he worked as District Manager for the Department of Employment and Training. He served on the Lamoille Union High School Board (15 years), Cambridge Elementary School Board (5 years), Cambridge Selectboard (5 years), Cambridge Recreation Board, Reparative Board, coached Little League, basketball, soccer and was a founding member and first Vice President of Lamoille County United Way.

He is the first current or former member of the Legislature known to Vermont Daily to die of the coronavirus. One current member, Scott Campbell (D-St. Johnsbury) said this week he was symptomatic but tested negative. Out of “an abundance of caution” he is self-isolating anyway.