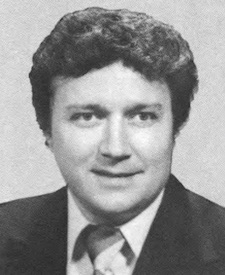 Michael “Ozzie” Myers, 79, had pleaded guilty to conspiring to illegally vote in a federal election and deprive civil rights, voting records falsification, bribery, obstruction of justice and orchestrating ballot-stuffing schemes in Pennsylvania’s 2014, 2015, 2016, 2017 and 2018 elections, the office said. He was a U.S. House member from 1976 to 1980 before being expelled for bribery and sent to prison for three years after the FBI exposed him.

“Protecting the legitimacy of elections is critical to ensuring the public’s trust in the process,” FBI Philadelphia Division Special Agent in Charge Jacqueline Maguire said. “Through his actions, Ozzie Myers pointedly disdained both the will of Philadelphia voters and the rule of law. He’s now a federal felon twice over, heading back behind bars, with time to consider the great consequence of free and fair elections.”

After an investigation by #FBIPhilly w/@PAStatePolice assistance, former U.S. Rep. Michael "Ozzie" Myers has been sentenced to 30 months in prison for election fraud. He'd served time in the '80s for his role in the ABSCAM case. More info via @USAO_EDPA: https://t.co/S6kMzZk1gR pic.twitter.com/kDtCBN4flx

A lawyer for Myers did not respond to the Daily Caller News Foundation’s request for comment.