A Vermont hunter and shooting-sports enthusiast has lost his right to own a gun without any judge, jury or due process after actions taken by the Legislature recategorized one of his prior offenses as a violent crime.

Swanton resident Lenny Bates finds himself in a predicament over a misdemeanor restraining order violation from about a decade ago. In 2015, the Legislature reclassified such nonviolent acts as violent crimes, giving Bates a criminal record he thought he settled long ago through a plea agreement. 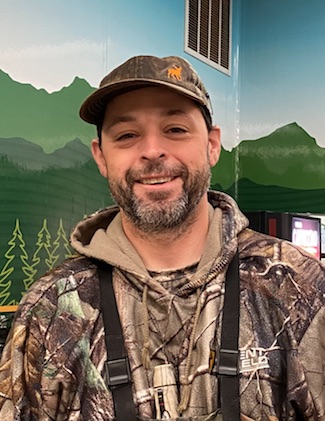 Lenny Bates: “If a citizen doesn’t have the financial means, there’s nothing they can do, and that’s so wrong.”

Bates’ case involves a VAPO, or “violation of an abuse prevention order.”

According to Bates, he attended a county fair one year and discovered that a former partner, whom he was not allowed to see due to a restraining order, was also at the fair. Realizing that close proximity with his ex-girlfriend wasn’t permitted, he left the grounds.

However, the incident was reported and Bates was charged with violating his abuse prevention order — a misdemeanor.

Bates says he accepted the charge because it was nonviolent and wouldn’t result in the loss of any of his rights, such as his Second Amendment right to own a gun.

The original abuse prevention order, Bates said, was issued after he gave a “nudge” to his ex-partner to get her attention so they could step outside to talk.

“I told the judge what I did,” he said. “I didn’t think I could get in trouble for what I did.”

While the original incident didn’t result in a conviction, the judge granted the former partner a restraining order, which Bates says he intended to honor.

In 2015, however, the Vermont Legislature reclassified violations of an abuse prevention orders as violent crimes. The change instantly reclassified Bates’ infraction — which he committed prior to 2015 — and now he is prohibited from owning guns.

Bates said he has spent $9,000 in attorney fees trying to undo the whole situation, only to be told that he can’t withdraw his plea agreement and can’t get the original charge expunged. His only option now is to go to court.

“If a citizen doesn’t have the financial means, there’s nothing they can do, and that’s so wrong,” Bates said. “You’ve got to take it to court.”

He added that anyone charged with a VAPO prior to the 2015 change in the law now has increased penalties for an act committed before the law existed.

“It’s unfair to those Vermont hunters who pled guilty to a misdemeanor VAPO prior to 2015 to suddenly find themselves disqualified from gun ownership based on this change in the law,” Kampmann’s letter states. “Hunting is of paramount importance to many Vermonters. Often times those criminal cases were specifically resolved in ways that would avoid disqualifying a client from gun ownership so the client could continue to hunt.”

Savage told True North in an interview that Bates is caught in an ex-post-facto situation in which the Legislature has retroactively changed the legal consequences of actions committed before the law was in place.

“It would be like you getting a speeding ticket for going 70 in a 50 mile-an-hour zone, and five years later they lower that speed limit to 30, and so they are going to recharge you with the 70 in the 30,” Savage said. “It’s very similar to that, so this has definitely got merit.”

Savage says he drafted legislation last year that would update the 2015 law so it wouldn’t apply to prior convictions. While that proposed update was written as an amendment to a separate bill, Savage said this year he will make the bill stand-alone legislation.

Bates says his efforts aren’t about defending his name or reputation, but about making sure people don’t lose constitutional protections.

“I don’t care what you feel about me or anyone else that has a misdemeanor VAPO prior to the law change,” he said. “Regardless of what crime was committed, a state shall not violate federal constitutional laws.”

He added that there may be many other Vermonters in his position who have been reclassified and not even know it.

23 thoughts on “For one Vermonter, a 2015 law turned a prior misdemeanor into a violent crime — and now he can’t own guns”