Just eight of the 33 Vermonters who died of  Covid-19 in September were unvaccinated, the Vermont Department of Heath said Wednesday, Sept. 29.

Health Department spokesperson Ben Truman said most of the vaccine ‘breakthrough’ Covid-19 fatalities were elderly. Because they were among the first vaccinated, Vermont’s elderly “have had more time to potentially become a vaccine breakthrough case,” he said. 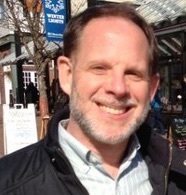 Ben Truman, spokesman for the Vermont Department of Health

Expressed in percentages, 76% of Vermont Covid-19 fatalities were breakthrough cases. As of Tuesday, 88 percent of all eligible Vermonters (age 12 and over) had been vaccinated with at least one shot.

At Tuesday’s press conference, the Department of Health September mortality statistics did not show a vaccinated/unvaccinated breakdown. Despite recent emphatic references by Gov. Phil Scott and Health Department Commissioner Mark Levine to a “pandemic of the unvaccinated,” the per capita rate of vaccinated breakthrough deaths has risen in recent weeks.

Vermont Daily Chronicle asked Health Department spokesman Ben Truman Tuesday for a vaxxed/unvaxxed breakdown of the 33 September deaths. The full text of his email appears below:

“Eight of the 33 deaths in September were not vaccinated.

“If I may, it’s important to consider this data in the specific context of the populations and overall vaccination rates.

“For example, there were a total of 33 deaths (as of 9/24) among fully vaccinated people since January. This is a fraction of a percent of the vaccinated population – now nearly 450,000 people age 12 and older.  This is an indicator that vaccines are working to protect the vast majority of Vermonters from the worst outcomes.

“Age is an important predictor of disease severity, and we have been seeing that the Delta variant is taking a tragic and disproportionate toll on our older population.

“In addition to being more likely to have severe illness and consequences like hospitalizations and deaths, older Vermonters were among the very first to be vaccinated, and therefore, have had more time to potentially become a vaccine breakthrough case, with these more severe outcomes.”

However, other public health experts say the changing nature of the Covid virus also may be a factor. The CDC has noted that virtually all Covid-19 fatalities this month succumb after contracting the Delta variant. Critics of CDC vaccine policy say the current vaccine is less effective against the Delta variant.

5 thoughts on “For month of September, 76% of Covid-19 deaths were among the vaccinated in Vermont”