Many $15 minimum wage advocates like to argue that such a law would put more money in consumers’ pockets, therefore benefiting small businesses. However, Charles Martin, representing the 1,500-member Vermont Chamber of Commerce, gave testimony challenging that assumption, at least as to how it will affect small, rural businesses. 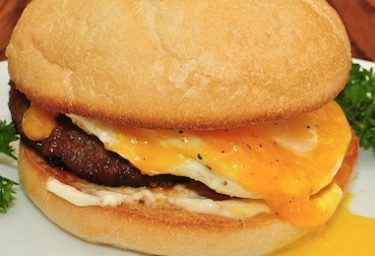 Martin used his own experience at his family’s general store to illustrate the impact that a higher minimum wage would have on rural Vermont. He didn’t buy the argument that “people will start spending more because they will be earning more.” He noted that most of his parents’ customers came in once a morning to get a coffee and an egg sandwich. Even if those customers do end up with more money in their pockets after a wage boost, “people aren’t going to start buying five coffees and five egg sandwiches on their way to work.”

Stores like his will not benefit from increased spending, certainly not enough to make up for higher labor costs — but big box stores might. Stores like Walmart, Target, etc. have the national scale to absorb a wage increase (in fact, many of these stores already pay $15 an hour). And due to their large inventories of products and the nature of their customers, they would stand to benefit most from increased spending by low income workers.

Martin also testified to the unfairness of “a proposal to raise the state’s wage scale by 40 percent over the next few years, when most Vermont businesses will not see equivalent revenue increases to offset such cost pressures.” Nowhere in this legislation are the incomes of small business owners considered. If they are forced to pay their employees more, but revenues do not grow to match that increase, the business owners’ incomes will decrease. And, in most cases, these are not wealthy people.

According to Wallet Hub, Vermont is already the fourth most difficult state in which to start a business. Raising a small business’ expenses would make small business ownership even more difficult, and would increase the 20 percent chance that a Vermont startup would fail in the first year due to unforeseen expenses.

Martin said that “natural economic growth” should be the solution to wage increases, not government fiat. While this might not seem palatable to some politicians, “in the case of a small business in a rural town, those wages aren’t enough to have a joyful, carefree life. But if that general store folds, those wages will be nonexistent.”

Our legislators are counting on you to buy a bigger breakfast to support this small business expense hike. Will you do your part?