Vermont had the highest percent increase of drug overdose deaths from March 2021 to March 2021, 85.1%, according the most recent Center for Disease Control data available. Overdose deaths increased from 114 to 211.

That 211 deaths number does not appear to be much of an aberration. March 2021 is the third consecutive month that Vermont set a record for drug overdose deaths. A total 191 Vermonters died in January 2021, while 194 died in February 2021. From March 2020 to March 2021, 2,087 Vermonters have died from an overdose, a sad figure which will only increase when data is collected for the past several months. Compare this to the 347 Vermonters who had Covid-19 when they died from March 2020 to October 2021. 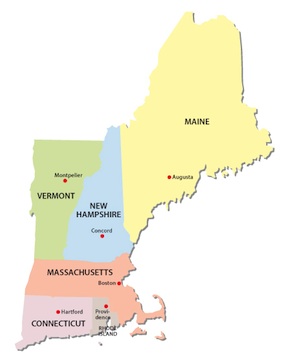 Drug overdose deaths also increased in four of the five other New England states, but those increases were much smaller, below the US national average increase of 29.6% from March 2020 to March 2021.

Drug overdose deaths also increased in four of the five other New England states, but those increases were much smaller, below the US national average increase of 29.6% from March 2020 to March 2021. During that time, Maine saw an increase of 23.3%, Rhode Island 21.5%, Connecticut 8.9% and Massachusetts 6.1%. Bucking the trend, New Hampshire saw a decrease of -2.8%, and was one of only two states in the country that had a net decrease in the past year and a half.

While Vermont’s drug overdose increase was the largest in the country, our March record of 211 deaths is still a lower overall per capita rate than 18 states. A total 211 deaths works out to 33.8 deaths per 100,000 Vermont residents, a rate lower than Connecticut (39.7), Maine (38.4), Rhode Island (38.3) and Massachusetts (34.5). However, if Vermont keeps setting new monthly records, we will likely surpass these other states before too long.

Over the long term, from March 2015 to March 2021 (when the CDC started collecting data), drug overdose deaths in Vermont increased from 82 to 211, or 157%. This is tied with South Carolina for the fifth largest percent increase in the country. Only Tennessee (161%), Louisiana (173%) and Florida (176%) had larger increases.

Going by the death figures alone, the drug overdose epidemic would seem to be a larger emergency than Covid-19 for Vermont.

6 thoughts on “Flemming: Vermont’s increase in overdose deaths is largest in US”