Sen. Bernie Sanders (I-Vt.), Rep. Alexandria Ocasio-Cortez (D-N.Y.), and Rep. Earl Blumenauer (D-Ore.) recently introduced a joint resolution declaring climate change a national emergency in response to President Trump’s “immigration emergency” in February. Sounds alarming right? The trouble is, American presidents have, in the past 50 years, piled on dozens of ongoing emergencies. Every successive emergency becomes a little more ironic, given the supposed focus America should have on each individual emergency.

I am not questioning the science or sincerity of those who believe climate change should supersede all other concerns. Rather, I would caution against following in the footsteps of Presidents Bush, Obama and Trump, who regularly declared emergencies independent of congressional permission. 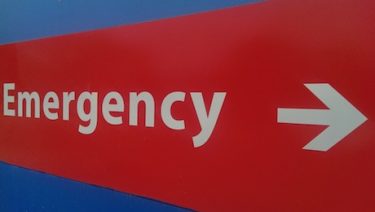 It is a convenient fiction to believe that handing Trump the reigns of the presidency was the moment when Americans transferred the republic from Congress and the people to a president with tyrannical tendencies.

In reality, Trump is the latest cog in the presidential machine to assume more power.  Beginning in the 20th century, most U.S. presidents insisted on “action,” crowding out Congress’ more balanced and deliberate constitutional role in drafting legislation to safeguard our civil rights and liberties. A cautious Congress increasingly deferred to the president’s quick and decisive actions, especially during wartime.

So now, what are we left with? A stern but legally toothless resolution from some legislators, which more or less says “we are resigned to the fact that the president is declaring an emergency. So let’s make it a climate emergency, rather than a border one, once we reclaim the presidency.” Rather than seeking a return to constitutional government from the current unconstitutional one, these legislators hope to merely change its shape slightly.

I don’t often agree with MSNCB heavyweight Rachel Maddow. But her 2008 book “Drift” is more applicable than ever: “this isn’t a partisan thing- constitutionalists left and right have equal reason to worry over the lost constraint on the executive. Republicans and Democrats alike have options to vote people into Congress who are determined to stop with the chickencrap and assert the legislature’s constitutional prerogatives…”

As it stands right now, the U.S. has 31 ongoing “emergencies,” including 20 from the G.W. Bush and Obama presidencies, and one ongoing emergency going back to he Carter administration. Nearly all of these were declared unilaterally by a president without consulting Congress.

In the past 120 years, Congress has surrendered at least 120 statutory powers, each of which can be triggered by a president’s emergency declaration if certain conditions are met, according to the Brennan Center. Despite our 31 ongoing emergencies, most of the 120 have yet to be used. That is hardly comforting for a people wary of presidential power. Legal experts believe Trump has strong legal standing for using at least 2 of these 120 powers to assert his immigration policies.

Part of the reason Americans feel so disenfranchised from their republic is that the American system of governance has evolved to depend on the uncertain actions of one individual. If the president is misinformed, indecisive, or greedy, this can have catastrophic consequences. Even if the president is informed, decisive and benevolent, there is simply no way for 1 person to listen to the needs of 320 million Americans. That is precisely why we have 535 congressional representatives, who can listen to our specific concerns and pass laws deliberately. A recipe for a less dangerous democratic republic: transfer more power to address emergencies into the hands of our 7,383 state legislators.

Climate change is a major problem according to the majority of Americans. But simply declaring one emergency to be “morally superior” is not the way to restore confidence in our republic. Using wartime “emergency” language has a century-long track record of inadvertently trampling on the rights of individuals, be they immigrants or tenth-generation Americans. Immigration or climate change emergencies aren’t different in that regard. Such declarations inherently subvert the democratic process, and should be limited to extreme necessity.

Re-asserting the constitutional supremacy of Congress over the White House by restricting the president’s emergency powers will be difficult, but it has been done before. During the twilight of the Nixon Administration, Congress passed the National Emergencies Act. The Act ended four ongoing emergency proclamations and put some restrictions on future presidents from issuing emergencies at will. If the past decades are any guide, the act did not go far enough. I would ask Sen. Sanders, Rep. Ocasio-Cortez and Rep. Blumenauer to resurrect the Congressional Select Committee in order to restrain the current president and all future presidents from engaging in such hasty “emergency” actions.

One thought on “Flemming: The threat of government emergencies to liberty”