In his Nov. 1 commentary, Jim Condos decried the election disinformation’s potential to create distrust in our electoral process. Despite bragging about the “gold standard voter-marked paper ballot we use in Vermont,” Condos has done much to encourage distrust in our balloting system.

Vermont was one of only 10 states which has decided to mail ballots to all addresses on file in 2020, according to the National Council of State Legislatures. Of the 10 states with mass mail balloting, Hawaii, Oregon, Washington, Colorado and Utah have spent years fine-tuning the process. Vermont joined New Jersey, California, Montana and Nevada as the five states which attempted mass mail balloting for the first time. 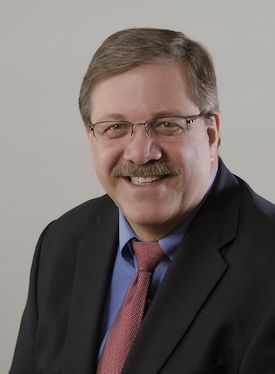 But during the 2020 election, the four other first-time mailing states joined the five early-adopting states in requiring a signature on a ballot to be matched to a signature on file. These 9 states also gave mail voters the chance to correct their ballot if they followed the balloting instructions incorrectly. Vermont stood alone among the 10 mass-mail balloting states in not using both the signature verification and correction safeguards.

Unlike the other 49 states who have at least a few safeguards to protect electoral integrity, Vermonters have no way of knowing how many votes were fraudulent in 2020 (and likely will be in 2022) and Condos doesn’t seem intent on finding out.

While Condos’ cavalier attitude toward electoral integrity is disturbing, we should also be troubled by the insinuation that people should only look to government to find out if the government is telling the truth.

Condos’ insists that we “look only to primary, official sources for your information.” He continues, “the talking heads in our news feeds don’t count: It is on all of us to verify the information we hear before promoting it ourselves. If you’re skeptical, or have questions, reach out to those who have answers. You can call or email my office anytime, and we will gladly answer your questions to the best of our ability.”

Condos seems to be suggesting that only government sources (especially his office) can be trusted to answer questions of electoral integrity, or questions regarding the ability of government officials carrying out the duties of their office. Verification through this line of questioning seems uncertain at best.

For many, the “talking heads in our news feeds” include such local media sources as VT Digger, Seven Days, Burlington Free Press and Vermont Daily Chronicle have all built of levels of trust for telling the truth, in many ways exceeding the levels of trust Vermonters have in our government.

Let us remember that VT Digger broke the story about former Governor Peter Shumlin and current Attorney General TJ Donovan’s involvement in the EB-5 scandal. These state actors worried about Vermont’s guilt for ‘aiding and abetting’ Quiros in defrauding millions from dozens of investors. Aside from Governor Scott, Vermont’s political leaders are all from one party, just as they were at the time of the fraud. The state actors in the Democratic party had (and still have) every reason to protect each other from negative news stories that could deflate their party’s reputation. Accordingly, once one political party begins to dominate a government for a prolonged period of time, that party’s wishes start to become synonymous with what a government represents, and truth takes a backseat to the wishes of party leaders.

Condos’ omission of Vermont’s press from his recommendations suggests a dangerous precedent for a free society: solely looking to government sources to verify truth claims.

Yes, the press can be prone to error just like politicians. But Vermont’s press currently resembles, far more than Vermont’s government, a competitive marketplace. Vermont’s media outlets are constantly vying with one another for the next big scoop. And while that approach may, on occasion, lead to reporters reporting before they have all the facts (so that the competition won’t break the story), the opposite error of “our government withholding information until it can’t be ignored” is the much greater threat to truth and liberty in Vermont.

We should expect that Vermont, like all states with one-party dominance, to have a weaker, less competitive democracy in regards to governmental power distribution and in the range of ideas that are considered permissible in public discourse. This means we Vermonters must rely more heavily on our media to tell us “what’s really going on.” Vermont’s media isn’t perfect, but I look to it to verify information that the government can’t (or won’t) verify.