Thirty-six states, including Massachusetts, have a “rate limit” cap on the overall rates that can be set by local policymakers, but do not shield properties from increases due to rising values or from other policies designed to increase collections. 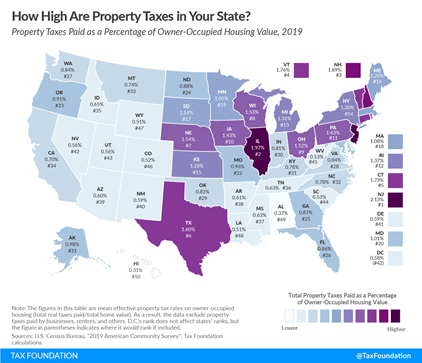 Thirty-five states, including Massachusetts, Rhode Island and Maine all have a “levy limit,” which constrains the total amount of overall property tax revenue a government can raise.

Nineteen states, including Connecticut, have an “assessment limit,” which restricts the amount an individual homeowner’s taxes can rise due to increases in a home’s assessed value.

These three types of limits are not mutually exclusive. Colorado, Arkansas, Arizona, Illinois, Michigan, Montana, New Mexico and Texas have all three.

Deciding where to cut spending in order to lower that hefty 1.76% property tax rate to make Vermont more economically competitive with other states will be tough. In the meantime, considering one of the three popular property tax limitations seems like a good place to start.