By Ed Feulner | The Daily Signal

Anyone who has ever seen footage of a “Black Friday” stampede knows the holiday season can bring out the worst in people.

So it’s important to remember that it can also bring out the best — and to realize that government can inadvertently dampen our more compassionate impulses. 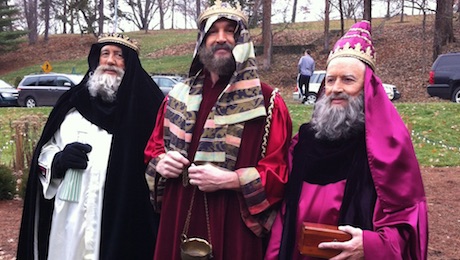 There’s good reason to donate and volunteer not only at Thanksgiving and Christmas, but throughout the year — and do the job government can’t.

Something about the season encourages us to be more charitable. As Scrooge’s nephew observes in Charles Dickens’ “A Christmas Carol,” it’s the one time of year “when men and women seem by one consent to open their shut-up hearts freely, and to think of people below them as if they really were fellow-passengers to the grave, and not another race of creatures bound on other journeys.”

One of the ways we do that is by volunteering to help at shelters, soup kitchens, and other places that assist the poor. Indeed, we even overdo it: A recent article in USA Today was headlined “Why You Shouldn’t Volunteer at a Soup Kitchen This Thanksgiving” — for the simple reason that too many do so.

“Many charities, especially smaller ones, can be overwhelmed by an influx of one-time volunteers,” writes N’dea Yancey-Bragg. Adds Eileen Heisman, CEO of the National Philanthropic Trust, “If you really want to volunteer, pick any day, but don’t pick Thanksgiving or the day after Thanksgiving,”

Especially because — irony alert — overall volunteerism is actually down, according to figures from the Department of Labor. A chart in the 2017 Index of Culture and Opportunity shows the percentage of adults volunteering dropped 3.9 percentage points between 2005 and 2015.

Yet an accompanying essay in the index insists that we shouldn’t assume we’re becoming a less generous people. “America is not losing compassion,” writes James Whitford, co-founder and executive director of Watered Gardens Gospel Rescue Mission and the True Charity Initiative. “It is just being crowded out.”

The culprit? Government. As Whitford points out:

Simply put, if you think someone else is doing the job, why get your own hands dirty? You can sleep soundly, secure in the thought that your tax dollars are on the job.

That’s what Scrooge thought. When he’s approached by two men soliciting donations for the poor, he snidely asks if the prisons and workhouses are still operating. “I help to support the establishments I have mentioned,” he tells them. “They cost enough: and those who are badly off must go there.”

Now, there’s little doubt that cold-hearted Scrooge is glad to have an excuse to decline their request. But many people who would ordinarily be glad to donate time or money labor under the misperception that their tax-funded programs are sufficient and helpful. But there is good reason to doubt it.

Whitford tells the story of Jon, a former addict who’d been homeless and was preparing to graduate from Watered Garden’s yearlong recovery and work-ready program. Asked what helped him most, Jon said it wasn’t the classes, the job training, or the physical wellness. “It’s my mentor that made the biggest difference for me.”

Like others in the program, Jon had been paired with a volunteer, a business executive who gave an hour of his time every week for 40 weeks to “connect with, advise, and be a friend to Jon,” Whitford writes.

In short, to provide a human touch. You can’t get that from a prison, a workhouse — or a government program. Good reason to donate and volunteer not only at Thanksgiving and Christmas, but throughout the year — and do the job government can’t.

2 thoughts on “Feulner: Too much government dampens the holiday spirit”