Most Americans support a broad definition of religious freedom and accommodation of minority religious beliefs in the workplace, despite a growing sense of polarization in the public square, according to a new study.

The Religious Freedom Index reports that 63% of those surveyed said they support someone else’s freedom to practice religion at work or elsewhere in life “even if it creates an imposition or inconvenience for others.” 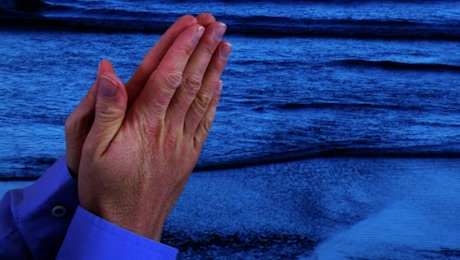 The Becket study finds that despite this decline in religiosity, support for religious freedom as a fundamental right remains strong—with a majority willing to accommodate beliefs they personally find offensive.

The findings of the study, from the Becket Fund for Religious Liberty, underscore widespread consensus in favor of accepting and accommodating cultural and religious differences in a variety of contexts, even as national polls report that religiosity in general is declining in America.

“Most Americans recognize that the freedom to live and work according to our beliefs is an unalienable human right,” Emilie Kao, director of the DeVos Center for Religion and Civil Society at The Heritage Foundation, said in an email to The Daily Signal. “All Americans lose when the government is empowered to punish citizens for living out their deeply held religious beliefs in the public square.”

The Becket report says the willingness of a majority of Americans to accommodate religion in the workplace extends to expressions of minority faith practices, such as not eating pork (81%). It found that 74% of those surveyed said they support co-workers who decline to work on the Sabbath or who express their faith by wearing clothing such as a hijab, turban, or kippah.

The study says its findings contradict the perceptions of many Americans. Of those surveyed, for example, 71% overestimated the level of religious discrimination faced by people of faith, with only about 1 in 3 saying that society as a whole is accepting of religion.

When asked to estimate how often people of faith are discriminated against, the percentage of respondents who said “a few times a year/all the time” was double what people of faith actually reported to Becket.

In yet another surprising twist on common media narratives, 7 in 10 respondents said they support a hands-off government approach to religion in the workplace.

Amid headlines about florists or bakers facing lawsuits and government infractions for refusing to compromise on their faith, the Becket report shows that most Americans are in favor of business owners running their organization according to religious beliefs and of faith-based groups making employment decisions without government interference.

The Religious Freedom Index surveyed a representative sample of 1,000 Americans age 18 and older using an online annual poll. The margin of error was plus or minus 3.1%.

The findings come amid reports that Christianity is declining in America. In a recent Pew Research Center survey, 65% of those surveyed described themselves as Christians, down 12 points since 2009. The percentage of self-identified religiously unaffiliated people, by contrast, rose by nine points during the same period.

The Becket study finds that despite this decline in religiosity, support for religious freedom as a fundamental right remains strong—with a majority willing to accommodate beliefs they personally find offensive.

“The freedom to disagree with the government,” Kao said, “ensures that our diversity does not become divisive and that our pluralism is peaceful.”

One thought on “63% support religious freedom at work, survey finds”